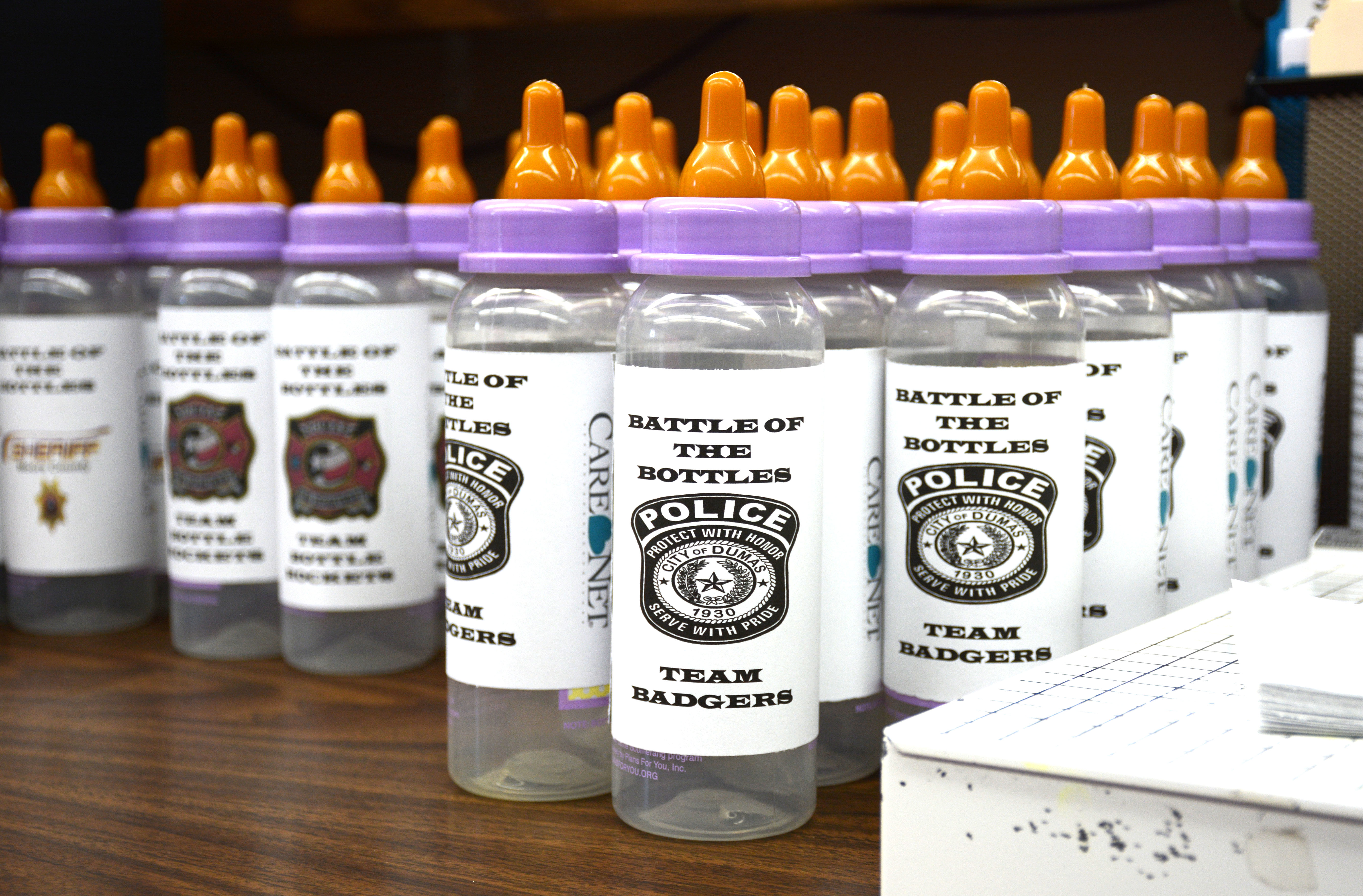 If you see a police officer, a sheriff’s deputy or a fireman with a baby bottle, don’t worry. They’re not channeling their inner child — that’s another story. The bottles represent the Battle of the Bottles, a fundraiser for Care Net Pregnancy Center, and the Dumas Fire Department, the Dumas Police Department and the Moore County Sheriff’s Department will duke it out to see who can raise the most money. The men and women will use baby bottles to collect money.

The fire department has taken on the fierce name of Team Bottle Rockets, the police department named themselves Team Badgers, and the creative team of sheriff’s deputies came up with Sheriff Moore County. We’ll cut them slack. They’re paid to be law enforcement officers, not advertising experts. It’s rumored the fire department is really getting into the battle’s theme and will dress one of their firefighters in a diaper and put him out on a street intersection to collect money. Sounds like a great photo op. It might go viral, so weigh in on which firefighter you want to see in a diaper.

Care Net Executive Director Monica Sullivan said the fundraiser will end Aug. 15, and it will be followed with a barbecue at First Street Church to thank the officers, deputies and firefighters for their help. United Supermarkets donated $500 toward the barbecue.

So help the men and women out as they raise money for an agency that has served 872 men and women so far this year. The Journal will publish a report next week about the work Care Net is doing in Dumas. It’s pretty significant. And don’t laugh at the fireman in the diaper. He’s sensitive.