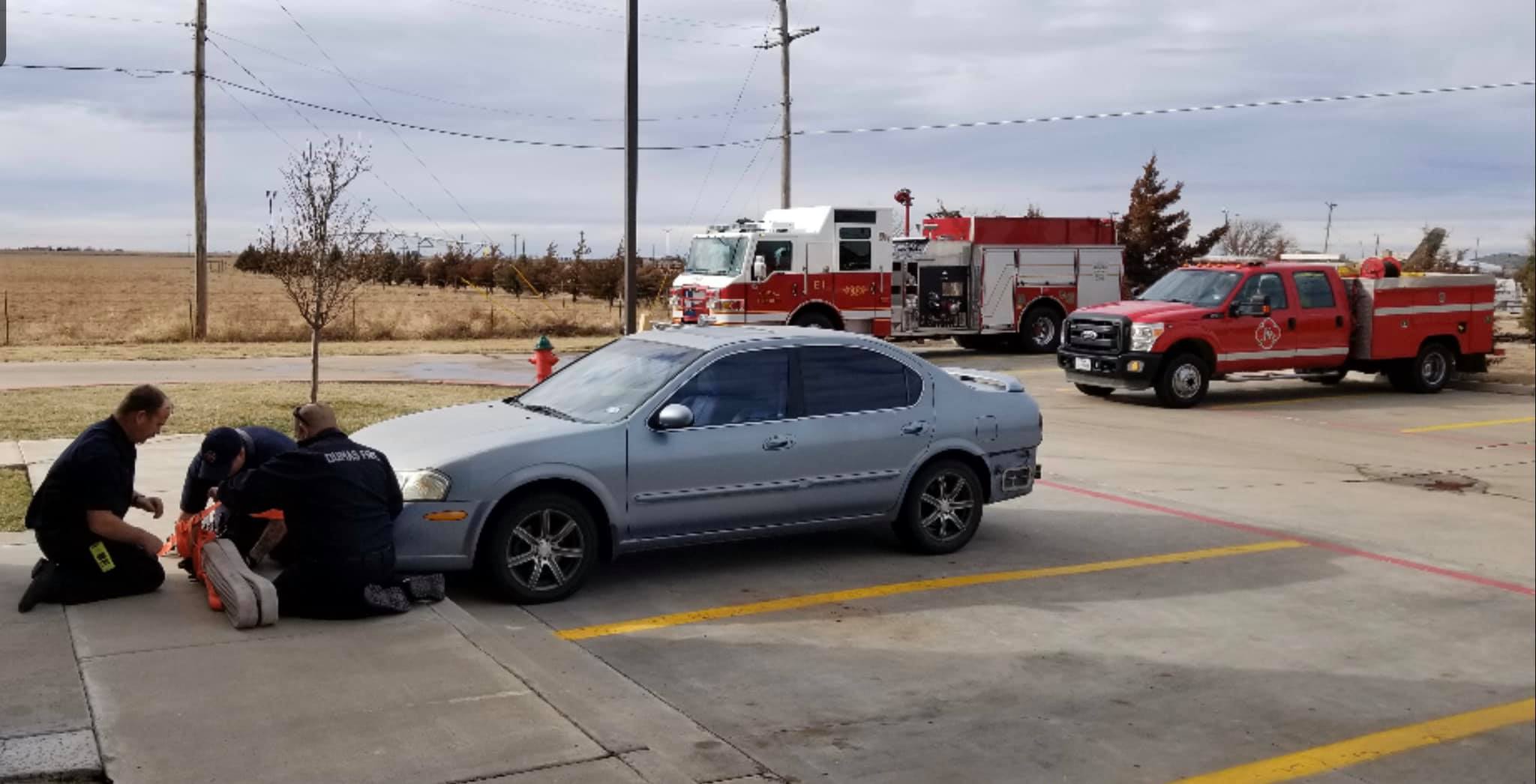 The Dumas Fire Department recently conducted a hi-rise firefighting training session. But, this particular event was different because the department conducted the training at the La Quinta hotel in Dumas instead of the departments drill tower.

Hi-Rise training can be conducted at the drill tower. But, training in a hotel is more accurate and exposes deficiencies that can be corrected. “We have a drill tower that simulates deploying hoses up multiple stories but not up several stories and then over a long distance, such as down a hotel hallway.” says Dumas Fire Chief Ron Pray.

When fighting a fire involving a multi-story hotel, like the La Quinta, firefighters use what is called a “Hi-Rise Pack” inside the building. Chief Pray says the pack contains “multiple hoses, a nozzle, and tools that are strapped together.” Firefighters carry the pack into the building where it is connected to water pipes called standpipes.

By conducting an exercise at a local hotel various equipment configurations can be tested and adjusted ahead of time. “The crew wanted to see how far they could deploy hoses from the ends of each floor with our current Hi-Rise hose load setup and some different new Hi-Rise hose load setups.” says Pray. The goal was to determine which setup worked better for actual locations in Dumas.

The La Quinta manager allowed firefighters to setup in the hallways and use real hose deployments to see which setup worked best. With the cooperation of the La Quinta employees and staff, the Dumas Fire Department now knows what distances their Hi-Rise hose loads will reach inside the hotel. This will allow them to extinguish a fire quickly and efficiently.

“There is no substitute for practical application and practice before an emergency. This allowed our crews to attack a simulated fire in a controlled setting and determine areas of improvement and things that work and don’t work.” says Chief Pray. This is a philosophy that the Dumas Fire Chief believes in strongly.

The Dumas Fire Chief holds the principle of “We train like we fight and fight like we train.” He uses this precept to encourage an atmosphere of preparedness among firefighters in the department.

Exercises like this can help Dumas firefighters be better prepared in case a local hi-rise building has an emergency.