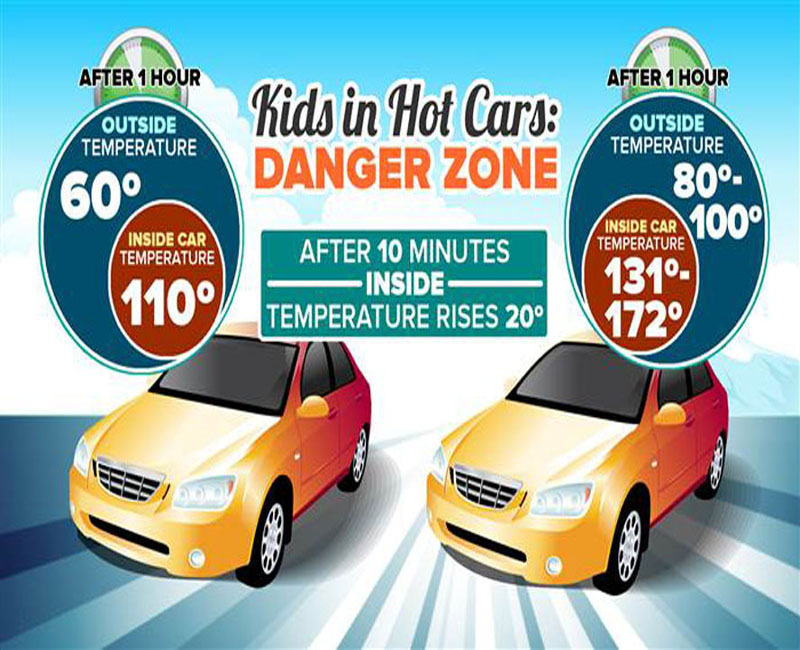 About 38 children die in hot cars each year, according to kidsandcars.org, and while it hasn’t happened yet in Moore County, it has come close.

“We respond to up to five calls a year to help someone get a child out of a locked car,” Dumas Fire Chief Paul Jenkins said. “It can happen more easily than most people think. A parent is focused on getting to work or getting an errand done, and if the child is sleeping and not making any noise, it’s so easy to forget the baby is in the back seat. The statistics show that unfortunately it does happen way too often.”

Four children have died so far in 2015 from heat stroke after being left in vehicles whose interior temperatures climb rapidly in the heat. On June 3, the Washington Post reported that an 18-month-old toddler in Florida died after her mother, an elementary school teacher, forgot she was in the car. She discovered the child at the end of the school day about 3:15 p.m. when she returned to her car. 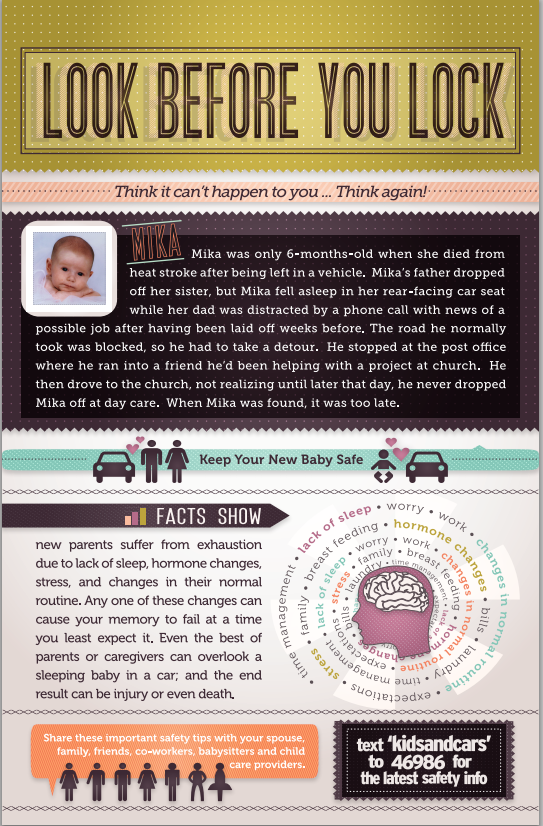 Jenkins said when Dumas fire fighters respond to a call where a child is locked inside a car, the goal is to get in the vehicle immediately.

“That could mean busting out a window,” he said. “It happens that keys can be locked inside the vehicle, but parents can do things that will help them remember to always look in the back seat before they leave their vehicles. They can put something back there they need, and it requires them to open the back door to get it, such as things they need for work, a purse or their cell phones.”

There are other safety checklists kidsandcars.org suggests, including:

But not all children who die in hot cars are left there by adults, the National Highway Traffic Safety Administration reported. Many children climb into unlocked vehicles without their parents’ or guardians’ knowledge. Once in the car, they may become confused by the door handle’s configuration and be unable to open the door from the inside. Also, children may accidentally lock doors by leaning on a power control device and be unable to get out. According to a National SAFE KIDS Campaign survey, only half of all parents lock their cars when they park at home.

“The first thing someone needs to do when they realize a child is in a locked car is call 911,” Jenkins said. “A lot of people can’t imagine it happening, but all you have to do is watch the news to see that it does happen. All parents should create some kind of system to make sure it doesn’t happen to them.”

Traffic stop leads to discovery of more than 18 pounds of...