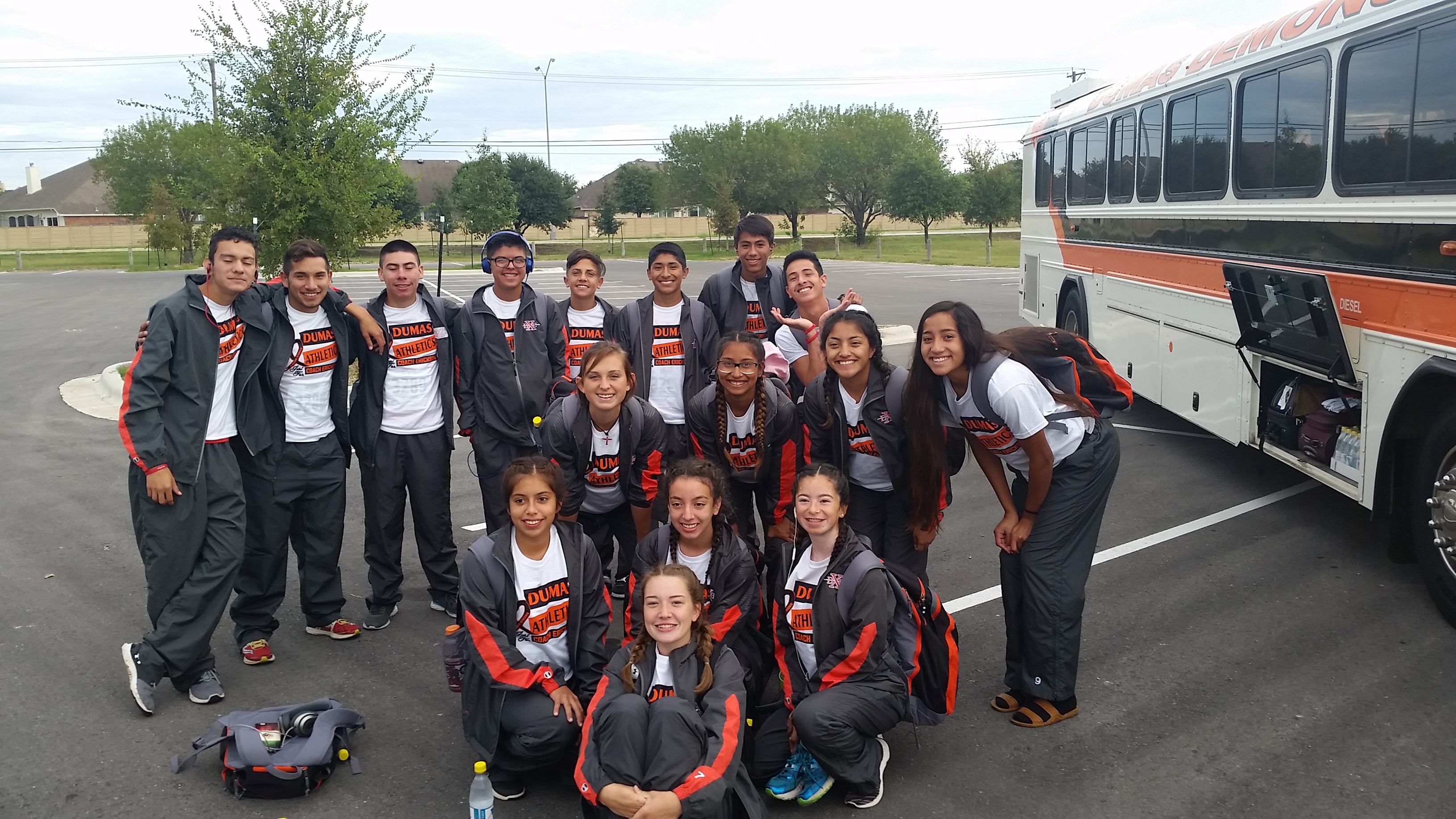 The varsity boys and girls cross country team left Dumas early Friday morning to go compete on the state course in Round Rock at the McNeil Invitational, and compete they did. Both teams saw big improvements, and a few change-ups in their top runners.

The varsity girls team (paced by Yaretsi Carbajal) finished in 28th place out of 39 teams. All of our girls started off great, and I really believe we were able to show so much improvement because of how the girls really pushed the first mile. Five of our girls either ran their their fastest mile, or very close to their fastest mile in the first mile of the meet. Because of them going out a little harder than normal, and the capability to maintain their pace throughout the race, they were able to run a whole lot faster than they believed they could.  Our goal was to be under 22:30 average time for our runners, and we ended up having an average of 22:01. I have been very impressed with the hard work and determination of these young ladies. The future for these young ladies is very bright.

The varsity boys team continued their success and drive toward the state meet with a very strong showing. The boys finished sixth out of 42 teams and placed 2nd in the region just behind El Paso Austin. The most impressive part about the team finish is that they beat Justin Northwest by three points. Northwest is currently ranked sevent in the state in 5A, and last week, they won the Lubbock Invitational finishing 11 points ahead of Canyon and 45 points ahead of Dumas. I really believe we would have all been able to run 15-30 seconds faster, but we did not get a good start like the girls did, and it caused all eight of our guys to get boxed in. Out of 300 runners we had two guys medal: Dorion Estrada 15th with a 16:26, and Josh Terrazas 16th with a 16:31. And six of our eight runners finished in the top half of the field.

Both the boys and girls teams are continuing to improve and are moving in the right direction as the district meet gets closer. This weekend our varsity will be off and will have a small time trial on Saturday, and the following Friday (October 14th) will be the district meet.