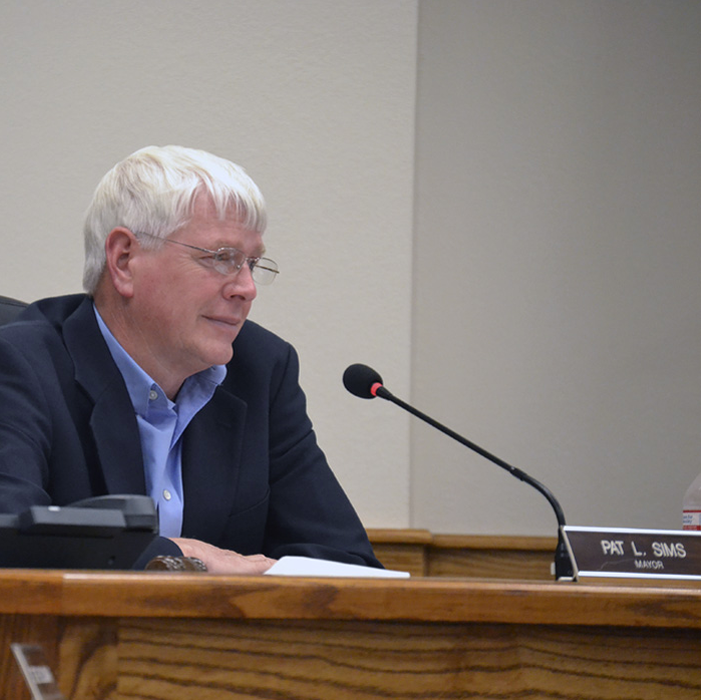 Above: Dumas Mayor Pat Sims filed to run for his seat again Jan. 20. Nine minutes before the deadline to file at 5 p.m. Friday, Commissioner Steve Bodnar withdrew from the Place 3 commissioner’s seat and filed to run against Sims for mayor.

The city of Dumas’ mayor’s race got interesting nine minutes before the filing deadline Friday. City Commissioner Steve Bodnar withdrew from the Place 3 Commissioner’s race and filed to run against Mayor Pat Sims at 4:51 p.m. The deadline for candidates to file was 5 p.m.

Bob Brinkmann filed for Place 3 Commissioner against Bodnar on Feb. 17, and unless a write-in candidate files by 5 p.m. Tuesday, which is the deadline for write-in candidates, Brinkmann won’t be challenged for the seat. Sims filed for the mayor’s seat Jan. 20, the same day Mayor Pro Tem Dr. David Bonner filed for his Place 4 seat. Bodnar had filed to retain his commissioner’s seat Jan. 29.

The general election will be held May 7 from 7 a.m. to 7 p.m., and the polling place is Dumas Junior High School, East 5th Street and Maddox Avenue. Applications for ballot by mail must be received no later than the close of business on April 26. Those applications should be sent to: