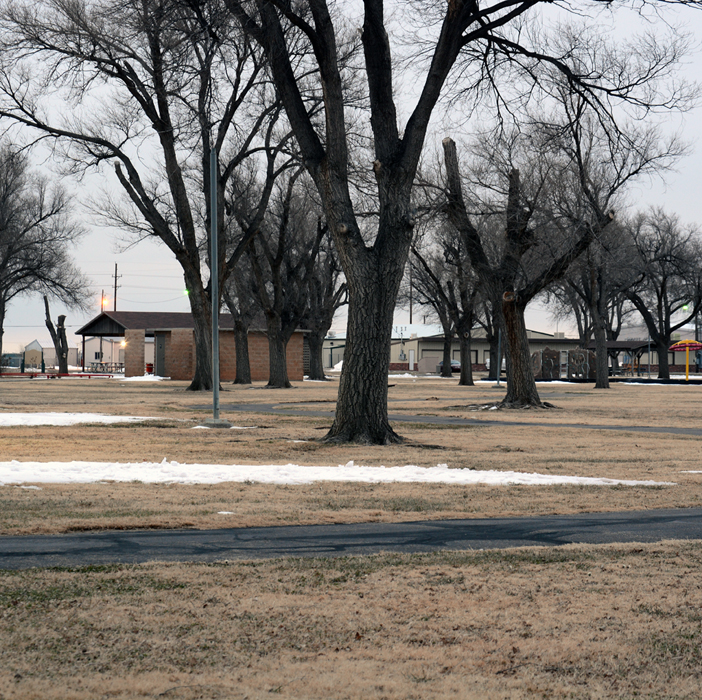 Above: Park Superintendent Karla Smith told the Dumas City Commission some of the lights in McDade Park don’t work, and the ones that do are energy hogs.

Some of them work. Some of them don’t, and the ones that do work aren’t efficient. That’s what Park Superintendent Karla Smith said about the lights in McDade Park.

Smith told the Dumas City Commission on Dec. 21 a firm performed a lighting analysis at the park and reported that the lights, at least the ones that work, are energy hogs. Smith gave the commissioners a proposal from Denver-based Rexel that outlined a plan to replace all of the 34 fixtures in the park with energy-saving LED lights. The savings in electric costs, Smith said, would be significant.

Rexel’s proposal says McDade’s lights currently use 21,469 kilowatt hours per year, but the LED lights would use a projected 7,321 kilowatt hours per year, a cost savings of 66 percent for the city. Smith said the city would continue to save because if the lights in McDade are replaced, some of the old lights could be installed in the other parks.

City Manager Arbie Taylor said lighting for the city’s smaller parks had been considered during budget workshops, but it didn’t make the cut. The commissioners agreed that the lights in McDade Park need to be replaced, but they tabled the project, saying the city can’t afford to spend the $12,240 Rexel would charge.

Mayor Pro Tem Dr. David Bonner said, “Between now and March, we’ll figure out how we can finance it.”