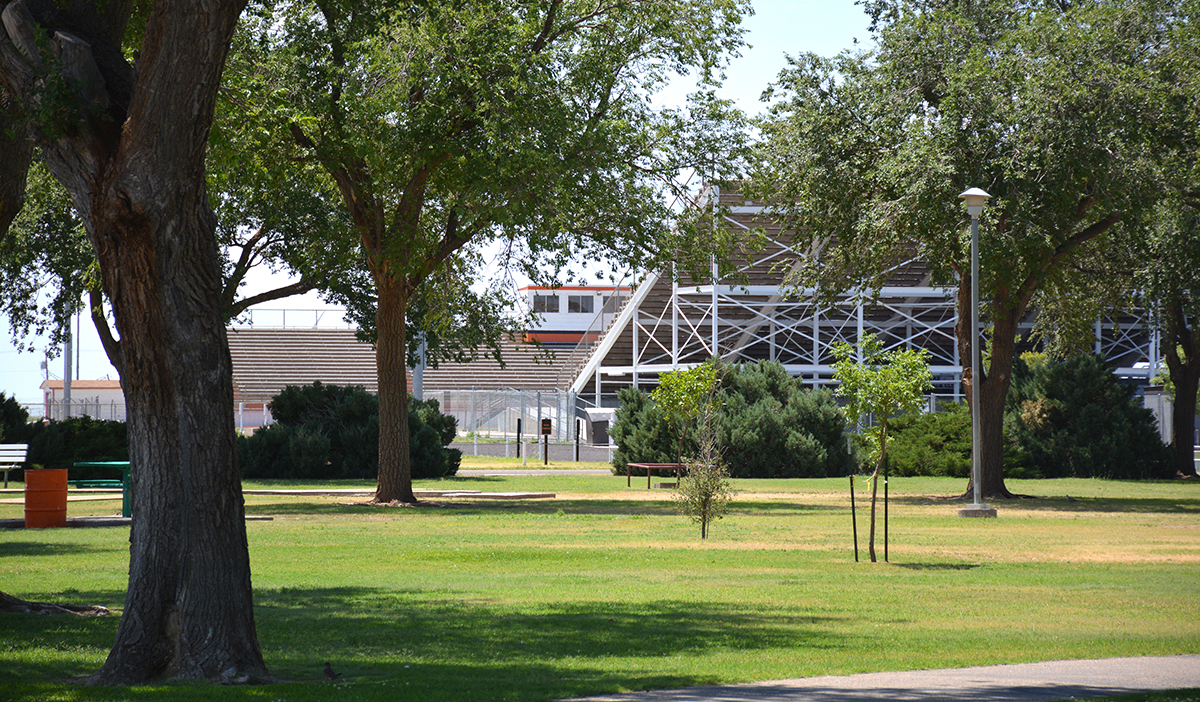 The city of Dumas has an ordinance that prohibits drinking or serving beer within 1,000 feet of school property. Texas Tumbleweed 100 Endurance Ride’s organizers want to give the riders a free beer at McDade Park, but the city commissioners said no because of its proximity to the football stadium.

One Dumas City Commissioner was emphatic about not allowing alcohol in any of the city’s parks, saying during Monday’s commission meeting he’s “250 percent against it.”

Mayor Pro Tem Dr. David Bonner wouldn’t relent in his stance against letting the Texas Tumbleweed 100 Endurance Ride give a free beer to the riders, as they requested, because not only is there a city ordinance that prohibits it, he said, but the state wouldn’t allow it, either.

The city of Dumas does have an ordinance that prohibits serving or drinking alcohol in any place that’s within 1,000 feet of school property, which is pretty much any place in the city, City Attorney Jerrod Pingelton pointed out, but Bonner’s assertion that the state wouldn’t allow it either, isn’t true, according to a TABC official.

“I would require a letter from the landowner, in this case the city, saying they approve the event, then we would issue a temporary permit,” Lorena Barnett, a TABC license and permit specialist, said Tuesday in a phone interview. “If the city wants to allow beer to be served within 1,000 feet of school property, we would approve the request.”

Bonner said during the meeting the city can’t trump state law, but according to Barnett, there isn’t a state law to trump. The city, though, would have to remove or amend the city ordinance, City Manager Arbie Taylor said. The issue stirred up a debate, which led to the commissioners veering off the agenda item, which said, “Consider approval of Texas Tumbleweed 100 Endurance Ride to serve beer to contestants at McDade Park.” Cut and dry. A city ordinance prohibits it, but before they voted on it, two of the commissioners weighed in, and they went off the agenda, which Taylor and Pingelton pointed out to them.

Commissioner Bob Brinkmann said he wants the city to at least look at allowing alcohol at events, saying he “can name at least six other towns where they serve beer at events.”

“One of them is on school property, so there has to be a way to do it, “Brinkmann said. “As a commissioner, I think we should explore, and maybe take a look at our ordinances.”

“I’ve had quite a few people ask me about it (serving beer at an event),” Sims said. “We could look at options.”

But Bonner said no.

“There are a tremendous number of families who walk and enjoy the parks,” Bonner said. “I don’t think that’s what our community wants. Why have an event where you can drink?”

Commissioner Justin Willis, however, said it’s the commissioners jobs to serve the community, to consider there are people who would want to attend an event where they can drink beer.

“It’s our job to at least look at it,” Willis said.

The Texas Tumbleweed’s request to give the riders a free beer raises an issue Taylor pointed out during a previous commission meeting and again Monday. He told them TABC officials said if the event’s sponsors are going to give free beer to the riders, they have to give free beer to everyone. They can’t select which people they’ll give free beer to because state law won’t allow it. Barnett confirmed that, but she explained it further.

“They didn’t enter that area, so they didn’t pay to get in,” Barnett said. “So that would be a free beer, and they wouldn’t need a permit. TABC wouldn’t be involved.”

Brinkmann was adamant in his position that the city research options; Bonner was adamantly against it, asking, “What is the question we’re going to research?” When Pingelton told the commissioners they were off the agenda, he suggested the discussion about reseraching options be put on a future agenda, and Taylor told Brinkmann to tell him what that agenda item should say.

The commissioners were going to table Texas Tumbleweed’s request until they researched it, but the motion to do that was withdrawn, and they voted not to approve the request. No one representing the event attended the meeting.