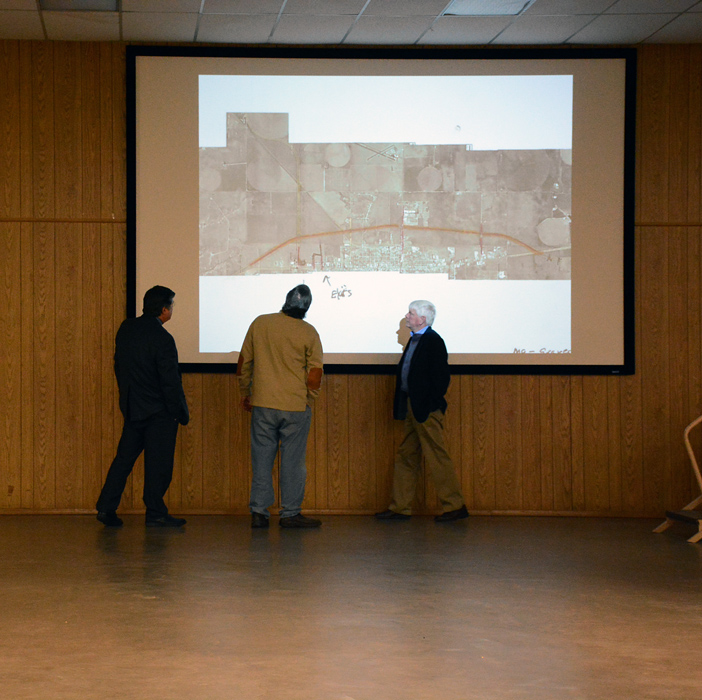 There were only 16 people to witness it, but the Dumas City Commission voted Monday to pass a resolution that will allow TxDOT to begin a feasibility study for a proposed truck relief route that would swing to the west of Dumas.

Moore County Judge Rowdy Rhoades repeated a statement he made at an earlier meeting, saying he was raised to oppose relief routes and mentioning his father-in-law used to own a truck stop on the north side of Dumas, which depended on truck traffic. Opponents to the relief route say it will move traffic out of the city and cause an economic decline.

“But if you look at Google Maps, you’ll see we’re already being bypassed,” Rhoades said. “Young people, especially, are using GPS when they travel, and if you’re going from Dallas to Denver, the GPS is diverting travelers away from Dumas. We want that traffic.”

Rhoades projected a proposed relief route on two large screens, and they show a relief route that begins just south of Dumas and rejoins Highway 287 just north of Dumas. Exits on the two-lane route would give travelers access to the city, especially to the large hotels on the city’s southern edge. In a response to a question about those exits, Rhoades said the county will pay to develop and maintain them if TxDOT won’t.

One of the concerns city and county commissioners have mentioned is the importance of bringing Interstate 27 to Dumas. There is a movement to extend I27 south of Lubbock to Laredo and north of Amarillo to the Texas state line and beyond. The future of I27 is uncertain, but some city and county officials believe Dumas must begin to position itself to bring the interstate here in the event it becomes a reality.

“I think that one of the most important things we need to do is get I27 to come to Dumas,” Mayor Pro Tem Dr. David Bonner said. “I think it’s one of the reasons we see the need for this relief route. If this relief route happens in five or 10 years, why do we want to wait longer than that for the interstate?”

The tone of Monday’s meeting rang differently than that of previous meetings where people spoke about their strong concerns that a relief route would throw Dumas into economic decline. Even the city commissioners, some of them strong opponents of the route, said a relief will come to Dumas, and it’s best to plan for it.

“I understand the hotels and restaurants are worried,” County Commissioner Daniel Garcia said. “The longer we wait, we’re going to be put in the passenger’s seat, and we won’t have a say. We need to be active on this.”