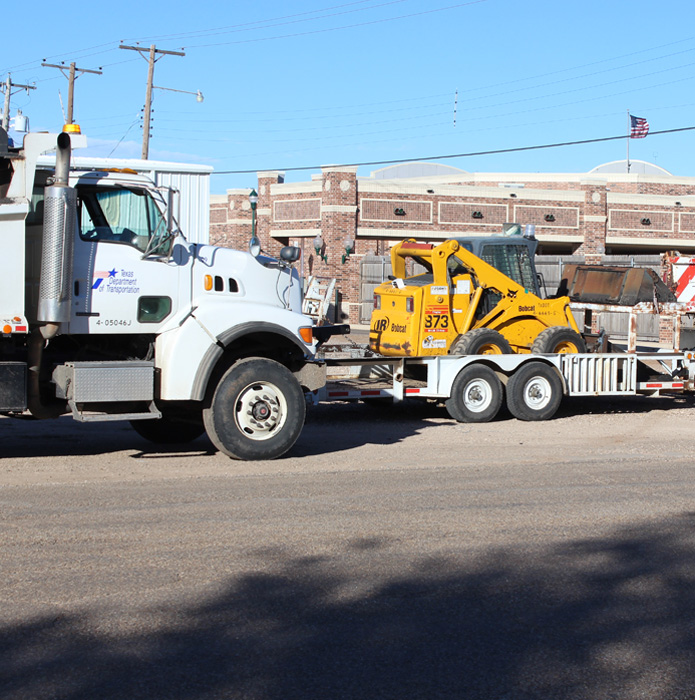 Even if the city of Dumas and TxDOT decide to concrete Dumas Avenue, the project wouldn’t begin for several years, but some business owners are already voicing their opposition to it. The project was on the City Commission’s agenda Monday in the work session, giving the commissioners and a few residents an opportunity to discuss it.

Commissioner Steve Bodnar had the project put on the agenda to give business and property owners a chance to address the Commission in order to untangle the rumors they’re hearing and to have an understanding of what the city is planning. Bodnar said a two-and-a-half year timeline to complete the concrete project worries some business owners, as does possible plans to widen the sidewalks on Dumas Avenue. The disruption of traffic and the restriction of access to the businesses emerged as a possibility the business owners in attendance don’t want to think about. Gary Edwards of Edwards Chrysler Dodge Jeep on South Dumas Avenue said he can’t afford any project that would limit access to his dealership.

“I’d just like an idea of what you’re planning,” Edwards said. “The thought of having traffic being directed around my business is scary as hell to me. I’m asking that before y’all have make any drastic changes, have a forum so we can address these issues, and with the possibility of a loop in about 20 years, I have no desire to have my income decrease. Access to my business will be zero.”

The city had planned a public forum in September, but Mayor Pat Sims cancelled it, citing the project’s ambiguity at this time. The project would involve moving utilities from 1st Street to the city’s southern city limits, and the costs of doing some of the work would fall on the city. Sims said the public also would want answers during the forum, answers the city isn’t now in a position to answer, such as how much would the project cost the taxpayers.

City Manager Arbie Taylor said if the city won’t move the utilities, TxDOT won’t concrete Dumas Avenue because they don’t want to concrete over the city’s infrastructure. The costs of moving utilities from 1st Street to 14th Street could be shouldered by the state if the city can show the utilities were there before TxDOT acquired the road in the 1930s. But the city would be responsible for the costs of moving utilities from 14th Street to the city limits on the south end of town because those utilities were put in after the 1930s.

“None of this is cast in stone,” Taylor said. “TxDOT came in and said this is what they want to do, but they said this isn’t going to be on their map until the 2017 or 2018 fiscal years. I recommend we do the footwork because if the public decides they want it done, it will take a year for the city to plan its part of the project.”

Contractors have said they would want to work on as many blocks as possible to lower costs, but some of the business owners say if the project is a go, they’d rather have it broken up into two-block increments. Taylor said doing that would lengthen the project’s timeline.

Bodnar said some of the Dumas Avenue business owners have contacted him because he owns a business on that street.

“I’ve been accused of talking to people about going one way or another, but I’ve been making sure they understand,” Bodnar said. “I think a lot of times people come talk to me is because I’m there with them. I have a business there, too.”

Sims said TxDOT anticipates the concrete would last about 30 years without requiring the maintenance needed by asphalt every eight years.

“If it’s going to hurt the businesses maybe it’s not a good idea to do it, and we’ll continue to do what we’re doing,” Sims said. “We never intended not to have a forum. At the time, we didn’t have the answers to give you.”

Man convicted of forgery found with another person’s checkbook

Dumas police have an easy way to get rid of your...