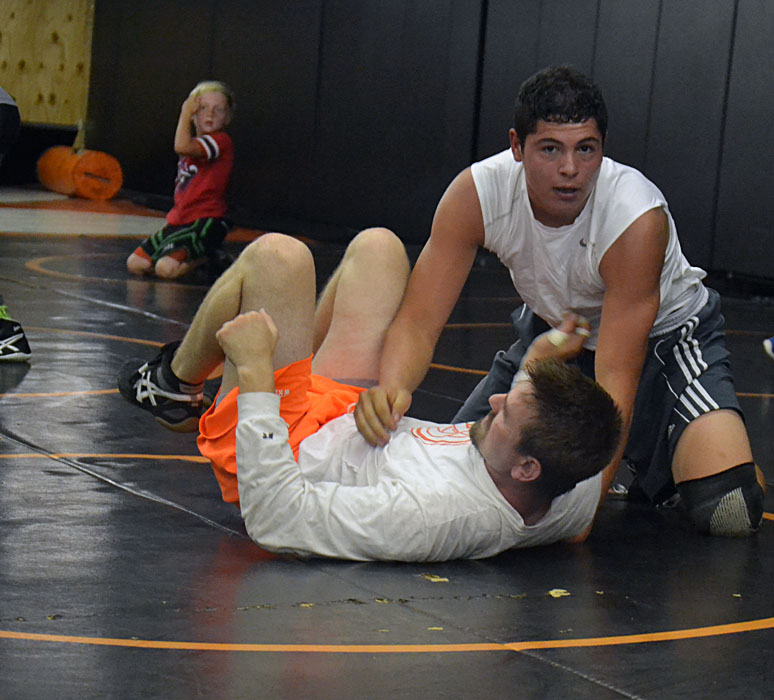 Sixteen wrestlers from Dumas and Amarillo will become a team of one when they take on 24 other teams from nine states, including Texas, in the Mid-Summer Mat Bash, hosted by the Texan Wrestling Club and sponsored by Adidas.

The eight Dumas and Amarillo wrestlers travel to Justin, Texas, on July 24 for the two-date event, after training up to four days a week to compete against teams in 14 weight classes from Texas, Florida, Louisiana, Oklahoma, Missouri, Iowa, Kansas, Colorado and Nevada.

“It’s a big event, and our team is confident we can place or even win it all,” said Oscar Martinez, whose son Jesse Martinez will compete in Justin in the 105-pound division. “We have the edge because our team has two state champions and four state placers at the UIL wrestling championships last season at the high school level. We also have three state champs and three state placers at the youth level on the team.”

You can watch the video below of them training Wednesday, which includes wrestlers from the Boys and Girls Club in Amarillo. The younger wrestlers get mat time with the older athletes, giving them a chance to match their skills against other wrestlers at various skill levels.