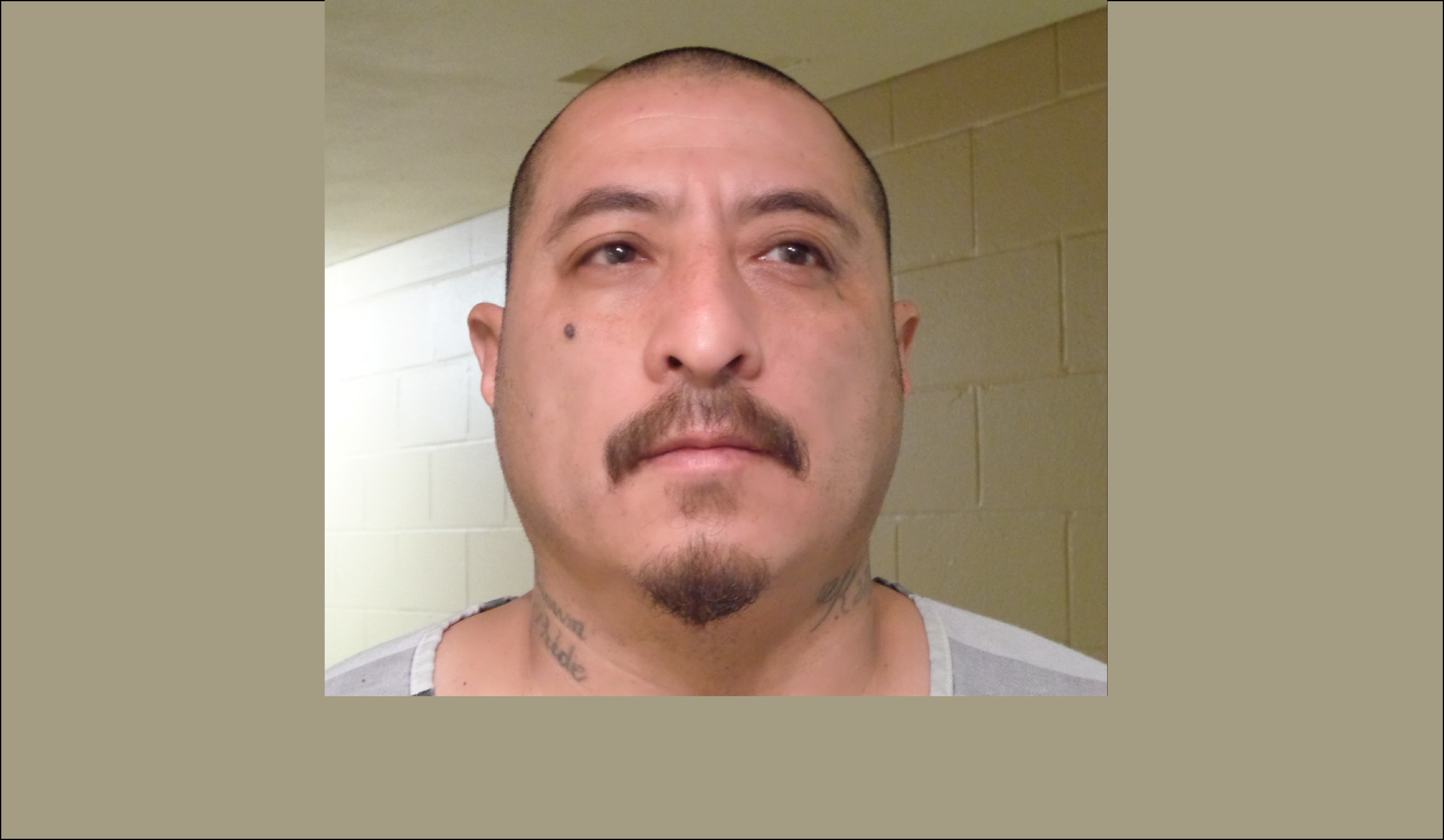 Above: Daniel Pallares was released from the Moore County Jail on Friday after the DA dropped charges against him for his cooperation in other criminal investigations. He was arrested Nov. 10, 2014, after Cactus police officers found $130,000 in his house, money he admitted was drug proceeds from his involvement in trafficking for Guadalupe “Lupe” Reyes. (Photo Courtesy Moore County Sheriff’s Department)

A man in whose house Cactus police officers found $130,000 determined to be drug trafficking proceeds and who later provided the government with information about his association with Guadalupe “Lupe” Reyes, was released from custody Friday. Court documents show Daniel Pallares was charged with possession of a controlled substance of more than 400 grams, but the Moore County District Attorney’s office dropped the charges.

“The defendant has cooperated in several criminal investigations and because of this cooperation the State no longer wishes to prosecute this case,” the court document, dated June 23, says.

Some of that cooperation included giving the government information about his part in Reyes’ drug trafficking, according to a complaint filed in the U.S. District Court. Cactus police officers arrested Pallares on Nov. 10, 2014, when they responded to a weapon being discharged at his house, which Reyes owns. Pallares allowed the officers to search the house, and they found the money. During a subsequent interview, Pallares said he transported marijuana for Reyes for about a year, taking it from Amarillo to locations in Kansas and Ohio. He also admitted to returning with cash, and the money the officers found in house was proceeds from marijuana sales.

Reyes was arrested Nov. 9, 2015. He’s charged with conspiracy to distribute and possess with intent to distribute 1,000 kilograms or more of marijuana. He pleaded guilty earlier this month, and he’ll be sentenced Sept. 20.