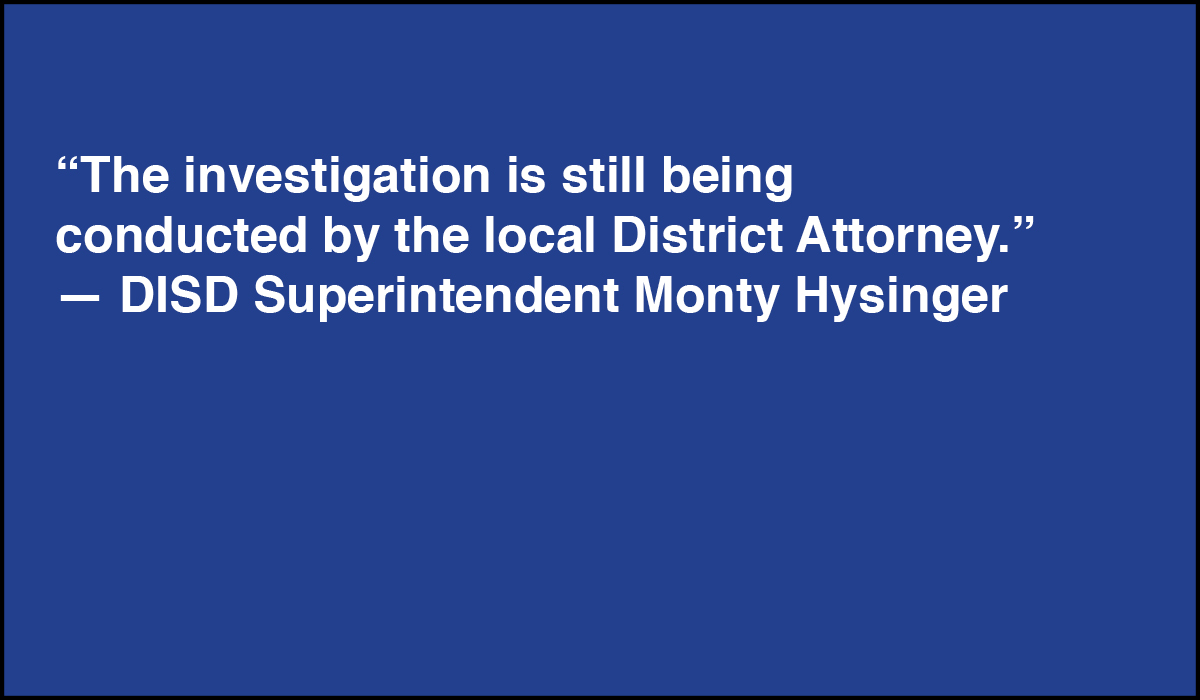 A Dumas ISD police officer resigned but remains under investigation for allegedly misappropriating funds from the Band Booster Club.

Jeff Lovell’s resignation is reported in the DISD Board of Trustees’ April 11 agenda, and his employment will end May 27, Superintendant Monty Hysinger said. Lovell had been the booster club’s treasurer, and on Jan. 29, the booster club’s officers told Hysinger “that Booster Club Funds were being misappropriated by their long-time treasurer who was also a school district employee,” Hysinger said in a statement.

“The district met with all booster club officers on the afternoon of Jan. 29 to review their documentation and discuss a plan of action that would initiate an investigation of said offense,” Hysinger said.

The district placed Lovell on paid administrative leave on Feb. 1, pending the outcome of a Texas Rangers’ investigation. The Journal filed a Freedom of Information Act request to the Texas Department of Public Safety for the investigation report on April 11, but the agency notified the Journal they are requesting a ruling from the Attorney General.

“We believe some or all of the requested information is excepted from required public disclosure pursuant to section 552.108 of the Government Code,” DPS said. “Accordingly, we are requesting a ruling regarding the release of these records … release of the information would interfere with the detection, investigation, or prosecution of crime.”

The Texas Rangers are a division within DPS.

Hysinger said “the investigation is still being conducted by the local District Attorney with assistance from the Texas Rangers. In order to not interfere with the investigation, the school district will make no further comments at this time.”

Moore County District Attorney David Green said, “The DA does not comment one way or another whether an investigation is ongoing or not.

The amount of money, nor the period of time in which it was allegedly misappropriated, has been disclosed.

The Journal will continue to publish updates on the investigation and the outcome as details become available.