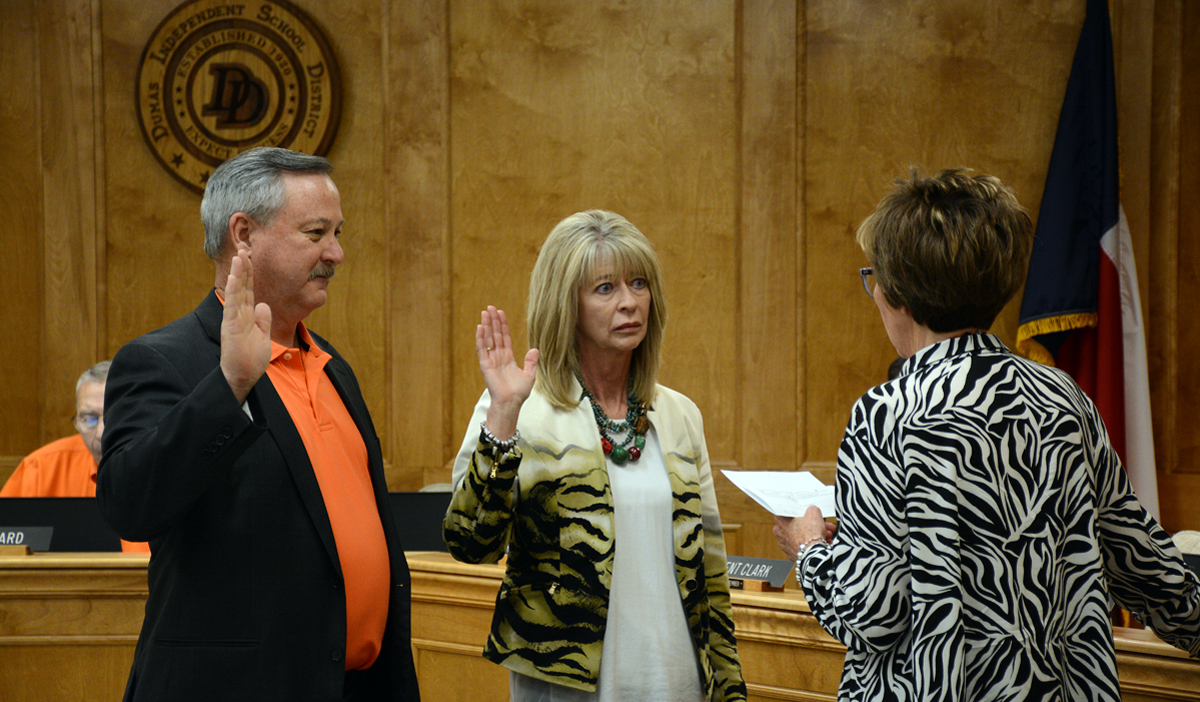 Janet Lewis administered the oath of office to DISD Board of Trustees’ members Patty Willis and Joe Rammage during the board’s meeting Monday. Willis and Rammage’s three-year terms ended in 2016, but no one challenged them for their seats. Each will serve another three-year term.

Moore County has paid $47.2 million for a fishing hole in...

Winter storms are around the corner, stay safe with these tips