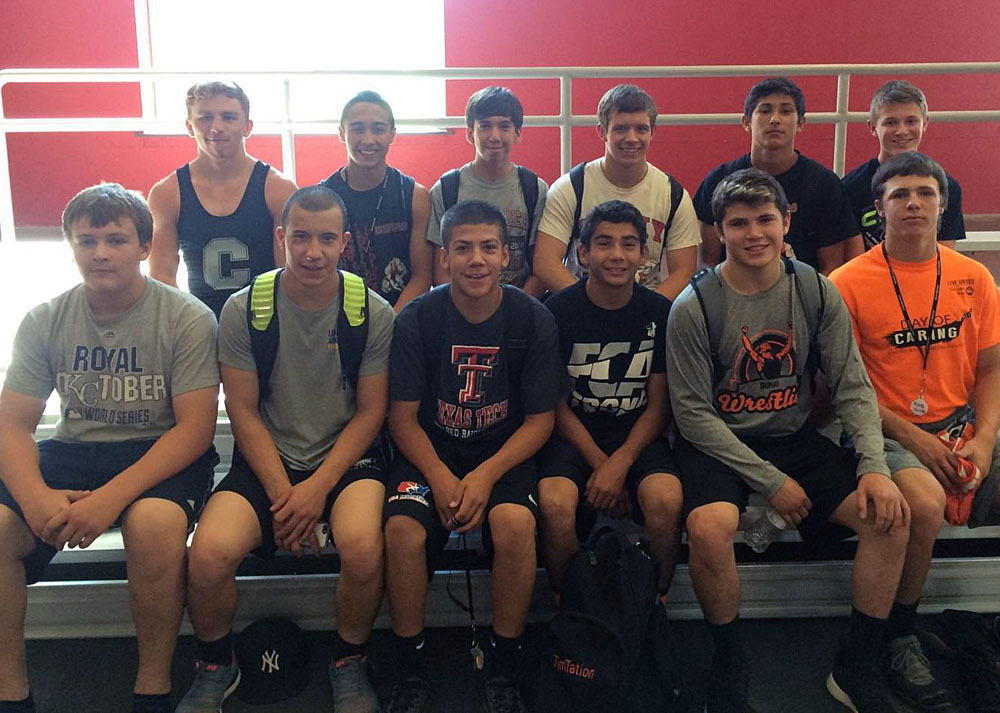 The Dumas High School Wrestling Team left Dumas on Sunday to attend a wrestling camp at Western State Colorado University in Gunnison. The team returns Sunday from the camp where the wrestlers will have had up to 25 matches during the four-day training.

“I would say the most beneficial thing about the Rocky Mountain Wrestling Camp is the mat time the wrestlers get, the amount of matches the wrestlers get in the four days of straight wrestling,” Assistant Coach Chris Holzworth said in a video the university posted on their Facebook page.

Oscar Martinez, whose son, Jesse, is attending the camp, said the wrestlers are getting a “tremendous amount of training” during the camp.

“Wrestling is all Jesse has ever wanted to do,” Martinez said. “This camp is huge. They get kids from all over, and it’s nonstop wrestling from 7 a.m. to 10:30 p.m.”