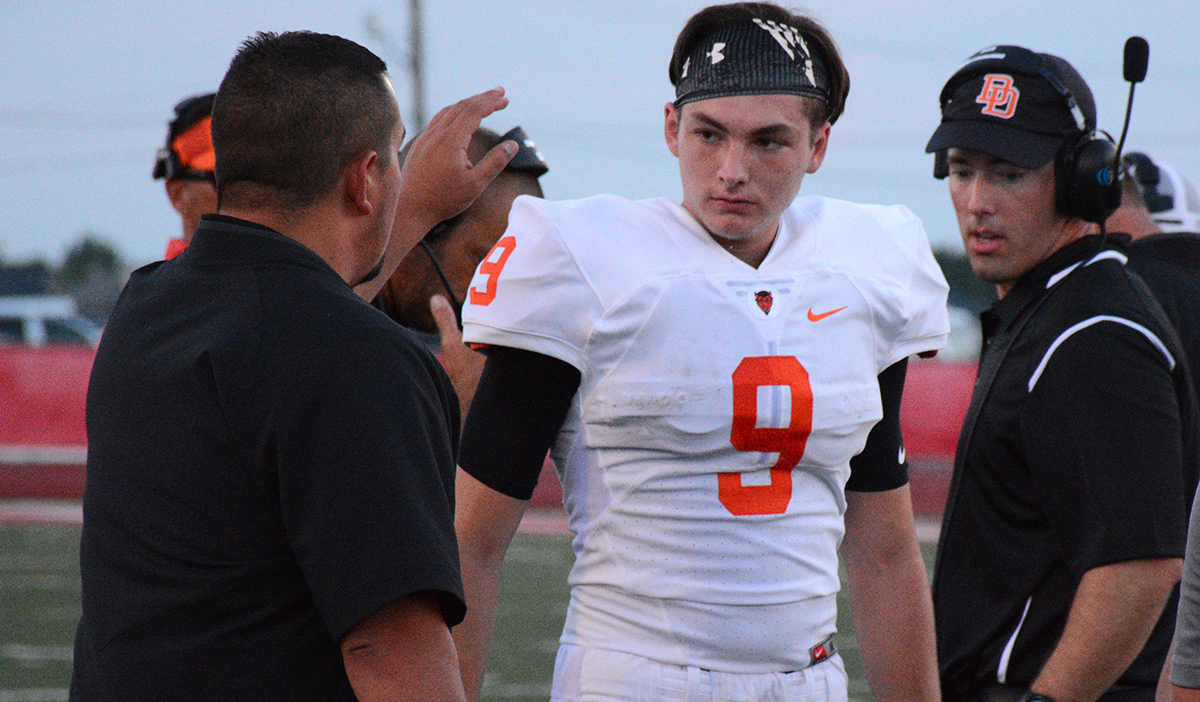 The Demons had a slow start against Perryton in their 2016 season-opener Friday, but they jacked up the momentum and built a nail-biter of a game that tested their core.

Midway through the third quarter, the Demons overcame an 18-point deficit by rolling up 22 unanswered points. Noah Quintanilla, the Demons’ triggerman, led the offensive charge, accounting for close to 300 all-purpose yards in the 36-32 “come from behind” win.

“Going into the game, our coaching staff made the decision to keep things simple for Noah and put most of the load on the offensive line and running backs Stetson Rios and Josh Mares,” Demon Head Coach Chad Dunnam said. “As the game went on, we were forced to open things up for Noah, and he answered in tremendous fashion. He competed hard, and we are more than pleased with his performance as quarterback.”

The Demons also had outstanding performances from wide receiver Isacc Nevarez who had two fourth-quarter touchdown receptions and Stetson Rios who rushed for 101 yards on the ground. The Demons stopped the Rangers in the second half by tightening their grip on the Perryton offense. Linebacker Derek Ditto led the stronghold by tallying 13 tackles, two tackles for a loss, one fumble recovery and one quarterback sack. Senior safety Zach Garza licked a second-quarter injury and contributed 13 tackles, and senior defensive end Antonio Rangel led the defensive line’s performance with seven tackles, three quarterback hurries and one quarterback sack.

The Demons will play Lubbock Estacado this Friday. The Matadors are coming off of a 27-20 season-opener over the Hereford Whitefaces, and they’re drilled by first-year head coach Marcus Shavers. Senior running back Tyrese Nathan, senior outside linebacker Roc Sanders and senior safety D’Anta Thomas will lead that team.