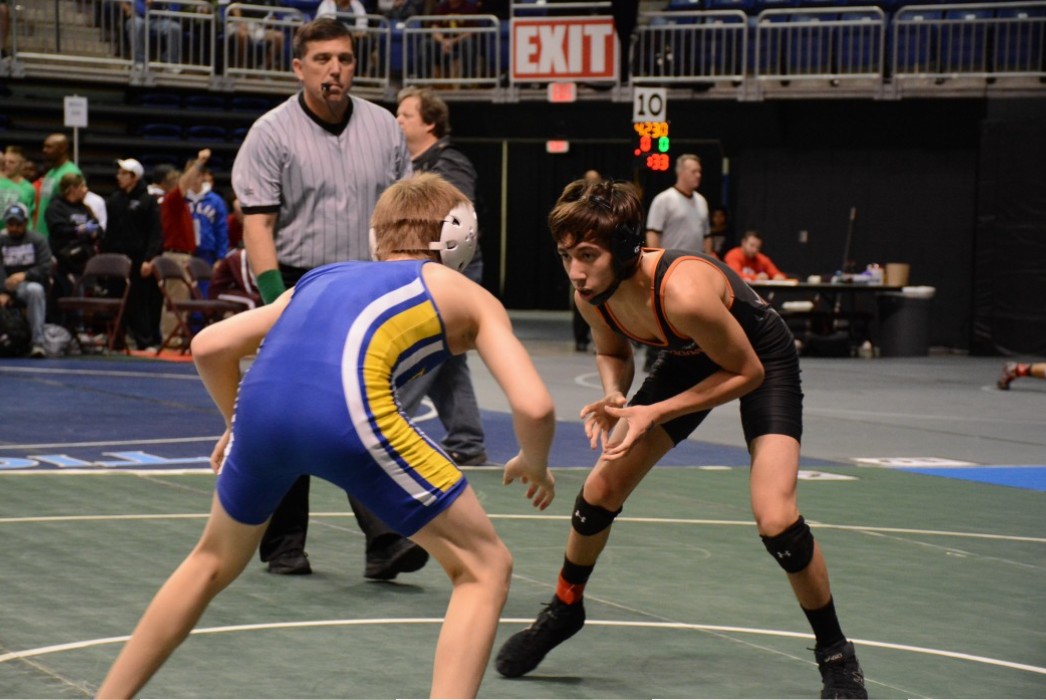 Dumas entered Friday’s 2016 Class 5A UIL State Wrestling Championships with hopes of a team state title, but a couple of rough middle rounds make the likelihood of such an event pretty slim. However, that hasn’t stopped the Demons from competing.

“I thought we came out a little flat as a whole,” Dumas coach Clint Chamblin said. “I think it was a matter of nerves and worrying about winning or losing instead of just wrestling. I felt we bounced back really well and solidified five medalists. We just have to keep relaxed and stay aggressive.”

The Demons still have five of the eight wrestlers wrestling in day two of the tournament, including Zach Garza who’s going for a state championship at 145 pounds, and they’re represented on the consolation side of the bracket by Landon Williams (113 pounds), Braxton Montgomery (132), Talen Widener (138) and 182-pounder Miguel Baray. All five wrestlers will place in the top six, earning a medal and being considered an All-State Wrestler.

“I think five placers is the most Dumas has had at one time,” Chamblin said.

“I’m very proud of these guys.”

The Demons also brought a rowdy crowd down to Houston, cheering for each and every Dumas wrestler who took to the mat.

“We had a really nice crowd that make the trip,” Chamblin said. “Our community has really rallied around our team. It is always great to have that kind of support, not only from the parents but from the administration as well. Dumas should be very proud of these guys. It is a great feeling to be a part of it.”

“It seems like the guys are more relaxed now,” Chamblin said. “There are some big matches right out of the gate. Hopefully the nerves are all gone and we remain focused on improving each match.”