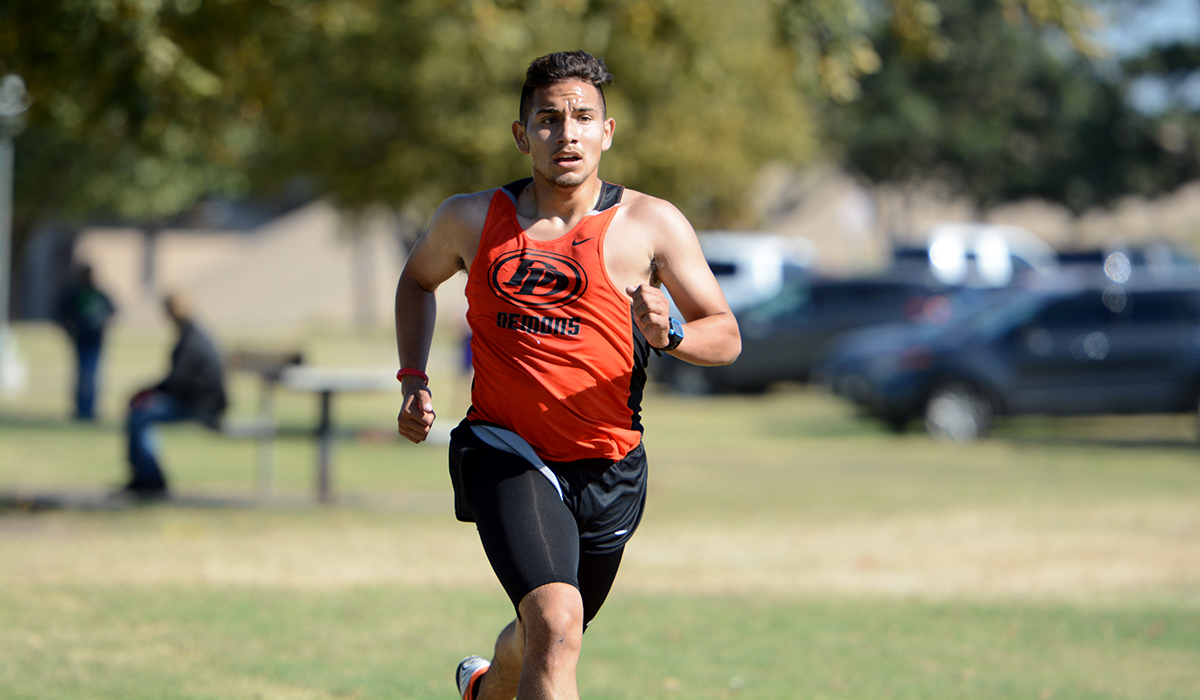 AMARILLO — Three points is all that separated the Dumas Demons from winning the District 3-5A championships, but nobody in the Demon camp really seemed to mind.

Randall won with 56 points followed by Dumas with 59 and Canyon with 67, but the Demons are moving on to the Region 1-5A meet Oct. 29 – and getting to the next level in honor of their deceased coach Ryne Erickson was the goal.

“This is important because Coach Erickson wanted to get to regional,” senior Josh Terrazas said. “We dedicated this (race) to Coach Erickson, and we made it out, and we still have him in our hearts.”

Coach Wade Floyd had said before the race, the boys had a “win one for the Gipper mentality” and he’s proud of his team’s second place finish that ties the Demons’ highest district result since 2011.

Amarillo High’s Butare Rugenerwa won the individual title in 16 minutes 39 seconds over the approximately 5 kilometer course followed by Canyon’s Dylan Knight (16:51) and Plainview’s Sergio Lara (17:12), but the team competition went to the two teams with the best packs.

Both the Demons and Raiders put their five scoring runners right at one minute of each other, while Canyon’s runners were 2 minutes and 30 seconds apart in the first to fifth runners.

Armando Garcia and Jayden Mendrano also ran for the Demons, finishing in 24th and 31st, respectively.

Floyd said the untimely death of a beloved teacher and coach has made a difference in his team.

“The motivation is higher,” Floyd said. “They are more dedicated, and if one doesn’t do something the others get on him to be better and have a real comradery. They have become a true, cohesive team.”

The Demonettes cross country season came to an end in one of the top districts in the state.

Randall, which has finished first, first and second in the last three years at the state UIL meet won with 21 points. Canyon, a state qualifying team every year since 2010, finished second with 42 points. Amarillo High claimed the other regional qualifying spot with 97 points, good for third place.

Hereford finished fourth with 107, followed by Plainview in fifth with 121 points and Dumas in sixth with 164 points.

Bridgett Cadenhead was the top Dumas finisher with a 26th place in the 46-runner field.