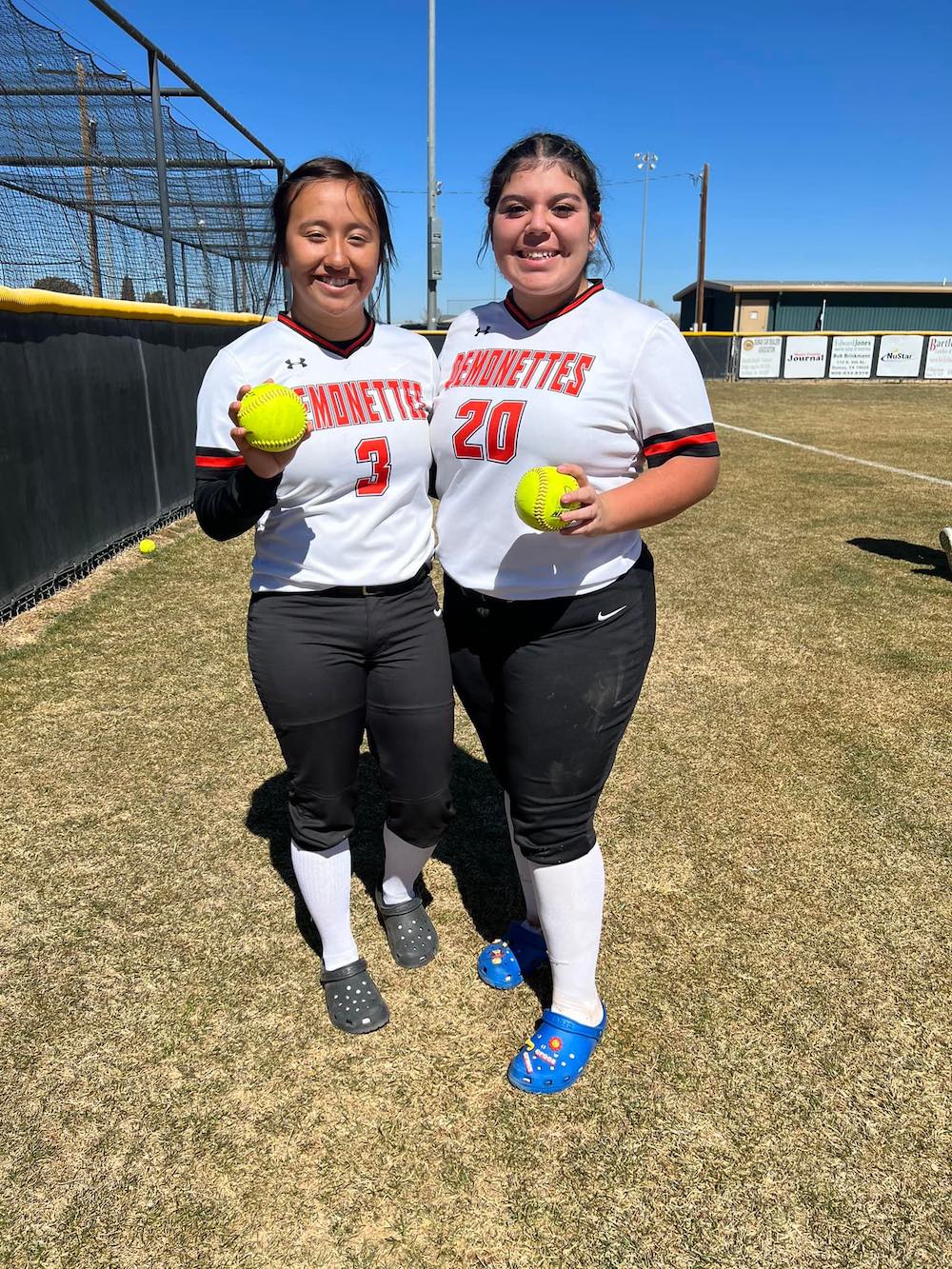 The sophomore went 3-for-4 with four RBIs at the plate, and racked up eight strikeouts in only five innings to earn the win.

The Demonettes put the game out of reach early with a 10-run opening frame. Junior first baseman Melaney Granados started the offensive fireworks with an RBI single up the middle to plate Hannah Hernandez, and Briana Vargas highlighted the big inning with a two-run blast.

Granados continued to terrorize opposing hurlers with a 3-for-3 effort that included five runs and a game-high six RBIs. Arguably one of the top sluggers in the Panhandle region, the corner infielder is 46-for-73 (.630) with 39 runs scored, 58 RBIs, 10 doubles, a triple, and eight long balls heading into district play next week.

Dumas (16-6) added a run in the second to push the lead to 11-0, but Dalhart rallied for three scores the following inning. However, the Demonettes plated 14 unanswered runs over the next two frames to clinch the mercy-rule victory.

Hernandez finished with a pair of hits and three runs, and Sania Reyes tripled and drove home five scores.

Cami Velasquez collected two hits and an RBI, while Amery Casanova and Aaliyah Garcia tallied a hit and combined for two runs.

The Demonettes continued their winning ways with a lopsided 18-8 victory over Lubbock High last Friday in a non-district matchup in Dumas.

Briana Vargas and Sania Reyes both went deep, and every batter in the starting lineup registered a hit.

Dumas will host River Road on Saturday with the first pitch slated for noon.