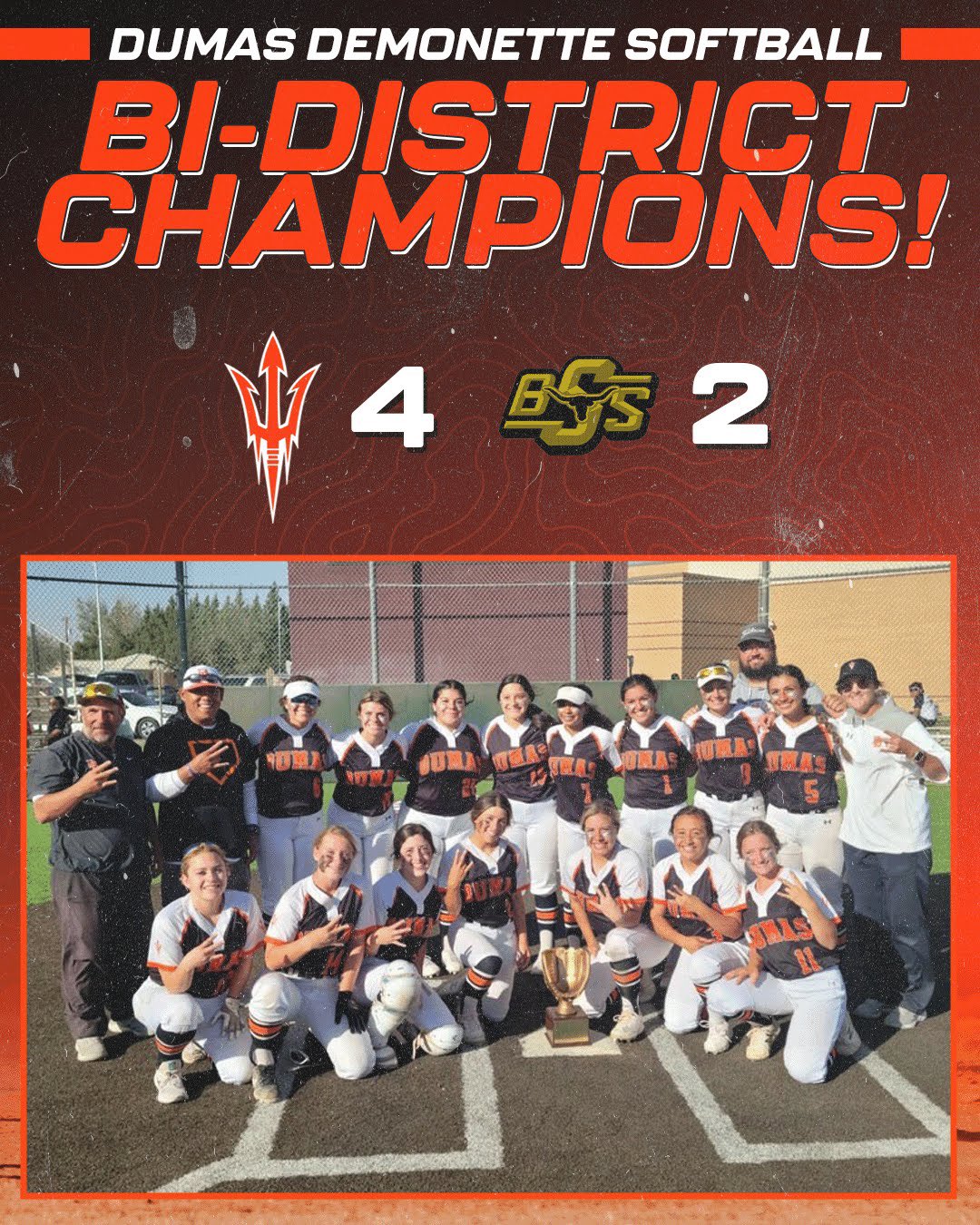 Dumas (24-12), dealt the reigning District 3-4A champion its first loss in its last eight games and swept the best-of-three series on Friday with a 4-2 win earning the Bi-District Championship spot.

In Thursday’s matchup, Big Spring (19-8-1) snapped a scoreless deadlock with a run in the second. Kylee Lynch reached on a fielder’s choice and swiped second, third, and home plate to put the Lady Steers on top, 1-0.

The Demonettes plated two scores in the third on an error and Melaney Granados’ RBI two-bagger to take a 2-1 advantage. However, Big Spring answered back with a run in the bottom of the same inning to knot the score.

Lynch put the Lady Steers back on top, 3-2, in the fourth on a run-scoring single. But Cami Velasquez drove home Granados and Hannah Hernandez an inning later with a two-run double to give Dumas a one-run lead.

Kalyn Whitehead’s RBI two-bagger in the sixth tied the score and set the stage for Vargas’s late-game heroics.

Hernandez led off the seventh with an infield single, and motored to second when the Big Spring shortstop booted Sania Reyes’ hard-hit groundball. Vargas put the Demonettes ahead, 5-4, with a run-scoring double before Jessa Fry added a couple of insurance scores with a two-run base hit.

Granados, Hernandez, and Amery Casanova posted two hits apiece for Dumas, while Velasquez and Fry each tallied a pair of RBIs.

Vargas allowed four runs on seven hits with a trio of strikeouts on the hill to get credit for the win.

The Demonettes will play the winner of the Andrews vs San Elizario match-up in a future playoff game TBD.