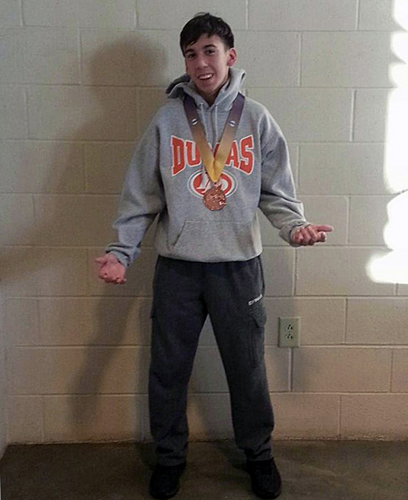 Two Demon wrestlers each took 8th place recently in the tough Old Chicago Northern Colorado Christmas Tournament in Loveland, Colorado. One of them is the first freshman to place in the tournament dominated by state champions.

Freshman Jesse Martinez (106) and Senior Talen Widener (145) placed in the two-day tournament that drew 60 teams and about 700 wrestlers from four states. Dumas Coach Clint Chamblin said the Demons have been going to the NCCCT for three years, and each year they’ve shown their mettle against some significant talent.

“That tournament was as tough as it gets,” Dumas Coach Clint Chamblin said. “I was really proud of how we finished.”