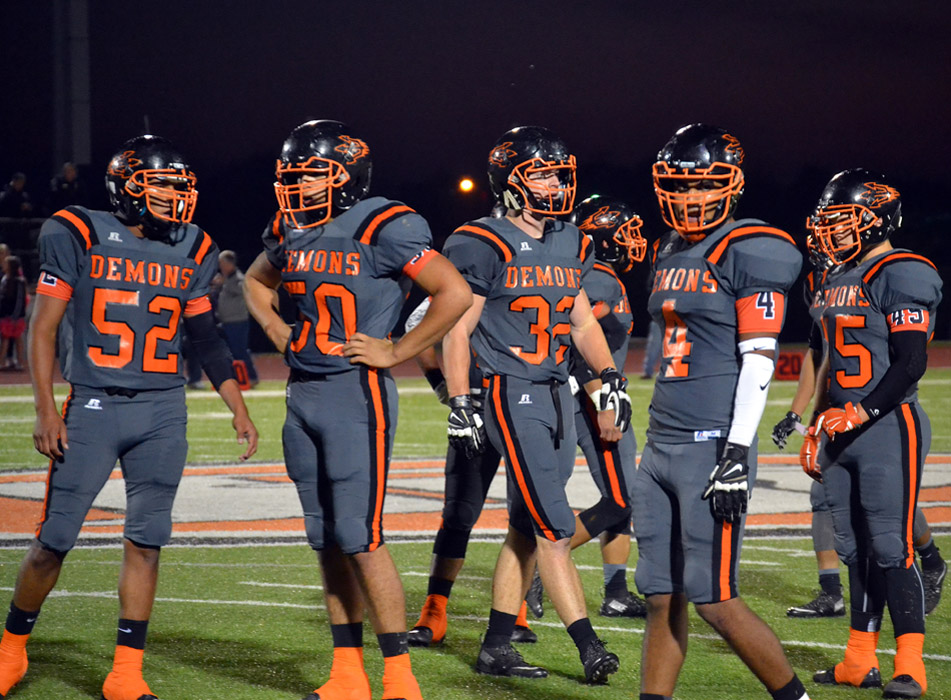 “Losing a game is heartbreaking. Losing your sense of excellence or worth is a tragedy.” — Joe Paterno, Former Penn State Head Football Coach

Defeat doesn’t build character; it reveals character. We faced our biggest form of adversity Friday night when we lost to Canyon. In defeat, we are able to truly see what our team is made of. We are able to truly see what lies in our hearts. Rather than question teammates, questioning our coaches and/or ourselves, we must fall back on the fundamental principles our program is built on — trust, work ethic, brotherhood, faith, commitment, discipline and truthful integrity.

Let’s face it. Friday night’s game against Canyon did not go or turn out the way wanted or envisioned. It was a matchup between two good football teams in which Canyon made a few more plays than we did. We had our opportunities and didn’t capitalize on them. It’s over, we can’t get them back, and we must move on.

This Friday night we face a well-coached, talented team in Palo Duro. I know very well what type of leadership their program. I had the honor of coaching for Coach Parr, head football coach at Palo Duro, for seven years. I was able to start my career 17 years ago with him as my mentor. He is a man of character, a tremendous football coach and a better man. Friday night, I will be honored to coach on the opposite sideline as him.

This year, Palo Duro has struggled finding the win column. They played a very tough nondistrict schedule and lost a close heartbreaker to Caprock last Friday night. We expect a motivated, well-coached team that is hungry for a win. Palo Duro should expect the same from us.

This week our focus has not solely been on the Dons, but also on the Demons. We have challenged our players to focus on being more consistent in their lives. This consistency includes being on time, excellence not only on the field but also in the classroom. They must display excellence in their relationships with their peers, family members and their coaches and teachers. We believe excellence on the field can’t be achieved without excellence in their lifestyles. Consistency in excellence is the greatest way to build character. Life is not all about football, but football is all about life. GO DEMONS! MTXE