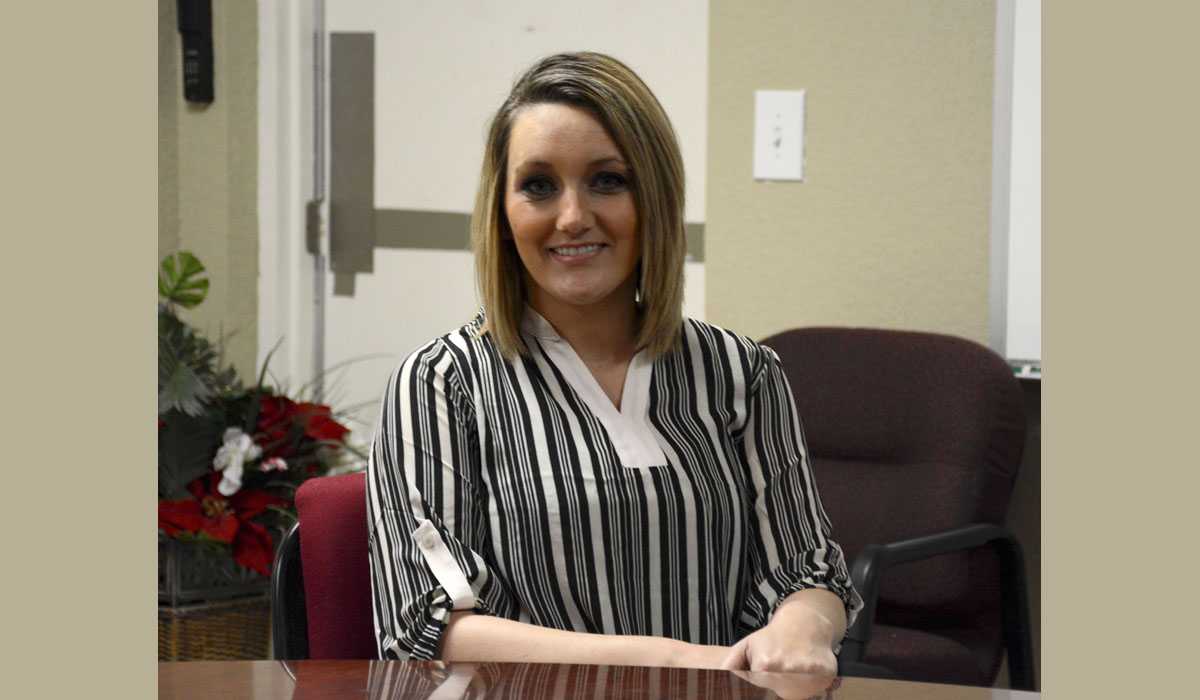 Heather Weidner once worked in a position where she knew domestic abuse was happening. She often saw the evidence of it, but authorities told her that unless she witnessed it, nothing could be done. It frustrated her. But she’s now better positioned to do something about it.

For the last seven days, Safe Place Inc. has been sailing under Weidner’s command. She took the executive director’s position after former executive director Grace Dovalina resigned, but she’s not a novice. Weidner’s association with Safe Place began in 2006. She left a year later and returned in 2013, and except for leaving to have a baby, she’s been there since, working as an administrative assistant, a sexual assault advocate and the program director.

“I wanted this job,” Weidner said of the executive director’s position. “After left to have my baby, I realized how much I loved what I was doing. As the executive director, I’ll learn the financial side of the center, but I’m confident I can help Safe Place reach its full potential. We haven’t gotten there yet.”

Safe Place operates a successful thrift store that generates significant income for the center. Donations of clothing, furniture, jewelry – pretty much everything – pour in daily, and it’s always busy.

“But it needs a face lift,” Weidner said. “There’s so much more we can do with it. It can be organized better, we can get a better understanding of what the profit is, and we can do so much to make it a shopping destination for a wide range of people.”

Her plans and ideas don’t stop there. She wants to purse looking into a day care center at Safe Place, which would assist residents who are survivors of domestic abuse.

“It also can be a source of revenue for the center,” Weidner said. “It’s possible we can hire some of the women in the shelter to work in the day care. It’s an idea I believe we should look at.”

Then there’s another program she has on her radar — a batterer’s intervention program.

“It can be court mandated,” Weidner said. “We can look at programs that aren’t specific to victims. We can help people not create victims.”

Her passion for this work, she says, comes from her days when she worked for Texas Health and Human Services. That’s where she knew about domestic abuse but had her hands tied.

“Sometimes I would be on the phone with a woman, and I could hear a man in the background screaming and beating her,” Weidner said. “I would see children come in with bruises, but the authorities said I had to see it happen to do anything about it. That is just so insane. Now, though, I can do something about it.”

Safe Place sees about 60 victims of domestic abuse a month, Weidner said. The center has helped them get out of bad situations and helped them find jobs. That, she says, sums up why she’s back at Safe Place after a short absence to have her baby, and she wasn’t even looking for a job — until she heard about the executive director’s opening.

“I wouldn’t have gone to work anywhere else,” she said.