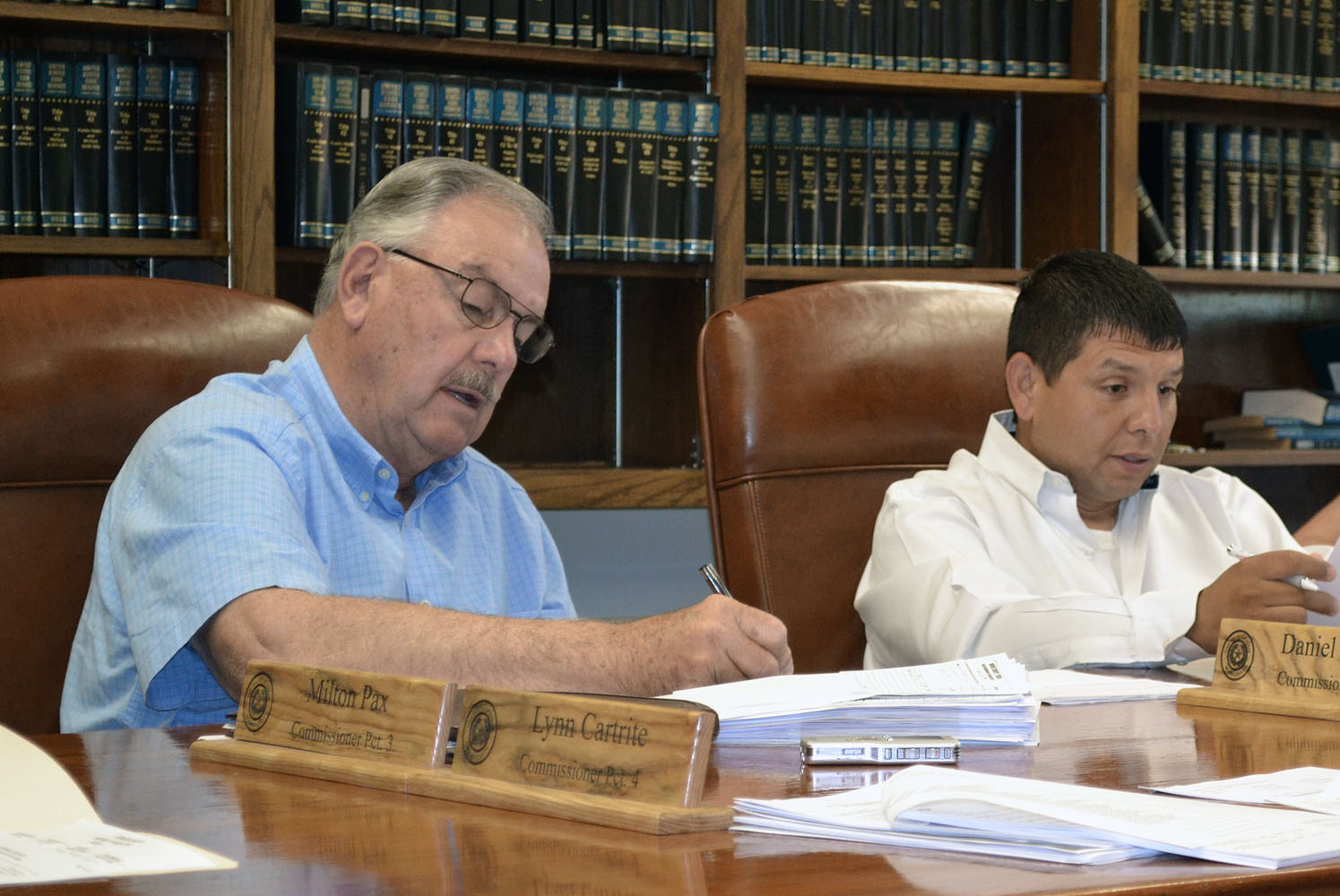 The Moore County Maintenance Department had three items on the Moore County Commissioners Court agenda Monday, but the commissioners didn’t approve them. Ballard Plumbing submitted a bid of $4,530.48 to replace six toilets on the first floor of the courthouse, a price some of the commissioners questioned. Commissioner Lynn Cartrite asked why the maintenance department couldn’t install the toilets, and Maintenance Supervisor Miguel Rivera explained the installation was more complicated than just installing a toilet. Water would have to be shut off to the first floor, and he preferred to have a crew, such as Ballard’s, on hand in case something happened during the installation that required an experienced plumbing team.

The bid from Ballard Plumbing was the only one submitted for the plumbing work, and the commissioners said they wanted to see a second bid.

The commissioners approved the sheriff’s department’s request to buy a booking printer for the jail for $699 with a three-year warranty for an additional $308. The money will come out of State Criminal Alien Assistance Program grant funds. The sheriff’s department also will buy a natural gas-powered generator to replace the diesel-powered one that has been failing. Sheriff Bo DeArmand told the commissioners the generator would cost about $40,000 and would be bought with the assistance of Panhandle Regional Planning Commission and Sate Criminal Alien Assistance Program grant funds.

The EOC submitted two purchase requests, and both were approved. The department will buy a truck mount LED tower light for $2,782.10 and Orion damage assessment software for $2,500. EOC Coordinator Tommy Brooks said the software would allow damage assessment to be completed quickly so emergency managers can coordinate and deploy resources to a location in most need, and it can be used on smart phones and tablets.

“It will also identify every special needs in an area in the event of a disaster,” Brooks said, referring to individuals who have been identified with a special need. “And at the end of the day it prints out all the FEMA forms. During the Cactus tornado, we spent days working on the FEMA reports.”

The commissioners also accepted sealed bids for seven pieces of county equipment they want to sell. They include:

The commissioners didn’t receive a bid for a 1965 Standard steel asphalt tanker, and it will be put out for bid again.

The commissioners also approved the collections contract with the county’s various taxing entities.