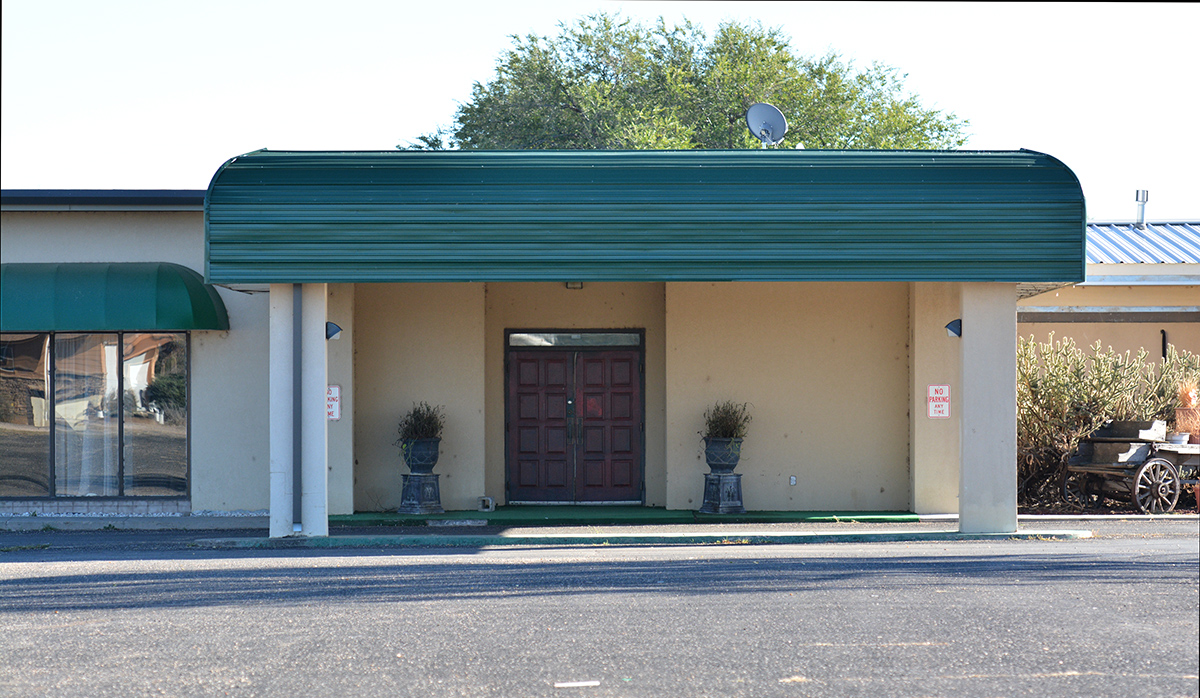 Above: The restaurant at the Pheasant Trails Golf Course sat empty for about three years until tenants leased it and opened Mike’s Chillin Grill. It lasted barely a year.

The owner of a local restaurant wants to rent the restaurant at Pheasant Trails Golf Course for $1 a day for one full year.

Darren Goodheart, the owner of the 287 Roadhouse & Sportsbar, and the manager, Matt Hyvl, told the Dumas City Commission on Monday they want to rent the banquet facility and kitchen and use it for large events. They wouldn’t operate it as restaurant open through the week. Should the city rent it to Goodheart, he said he still would have no way to determine how much income it would generate, which is one of the reasons he asked it be rented for $1 a day.

“If the air conditioner breaks down, you would have to fix it,” Goodheart said as an example.

The proposal also says Goodheart, being licensed to serve alcohol, would serve it at the events hosted at the facility and during day-to-day golf course business, but he added a restriction.

“Occupant (Goodheart) intends to provide the sale of alcohol to golf course patrons if and only if a “No Outside Alcohol” policy is enforced by the golf course management and personnel,” Goodheart said in his proposal.

Hyvl spoke first to the Commission, and Goodheart was drawn in when Mayor Pro Tem Dr. David Bonner told him Goodheart initially suggested he be allowed to bulldoze the facility.

“Not true,” Goodheart said, rising from his seat and approaching the podium. “I said I’d bulldoze it if I could take over the whole facility.”

The discussion shifted from discussing the proposal to rent the facility to how Goodheart said he could save the city of Dumas $100,000 to $250,000 a year if they’d let him bulldoze the existing structure, build a new one and manage it along with the golf course.

“There’s been fail after fail out there,” Goodheart said. “The only way to make it is for one person to take control of the whole place.”

The facility sat empty for about three years after a tenant closed, owing the city money. A year ago, the city leased it again, and the tenants opened Mike’s Chillin Grill, but it lasted barely a year before closing. Goodheart said the way it’s been operated, with a golf pro running the golf course and someone else running the restaurant, doesn’t work.

When the discussion returned to the rental proposal, Commissioner Bob Brinkmann said, “We’d take flak as commissioners because we’d be subsidizing a competing business.” There are other businesses in Dumas that can be rented to host banquet and events.

Goodheart said he’d even be OK with giving the city a percentage of what he would make from the rentals. The commissioners asked City Manager Arbie Taylor how much the city has spent on maintenance and repairs, but those numbers weren’t readily available. The commissioners weren’t sure it would be viable to rent the facility for $1 a day, given the city spends more than $365 a year to maintain it. Goodheart, though, said it will cost them more if they leave it sitting empty.

The commissioners tabled the proposal until the next meeting on Nov. 21 to give Taylor time to gather the numbers.

“ … we can have a number we can negotiate,” Commissioner Justin Willis said in his motion.