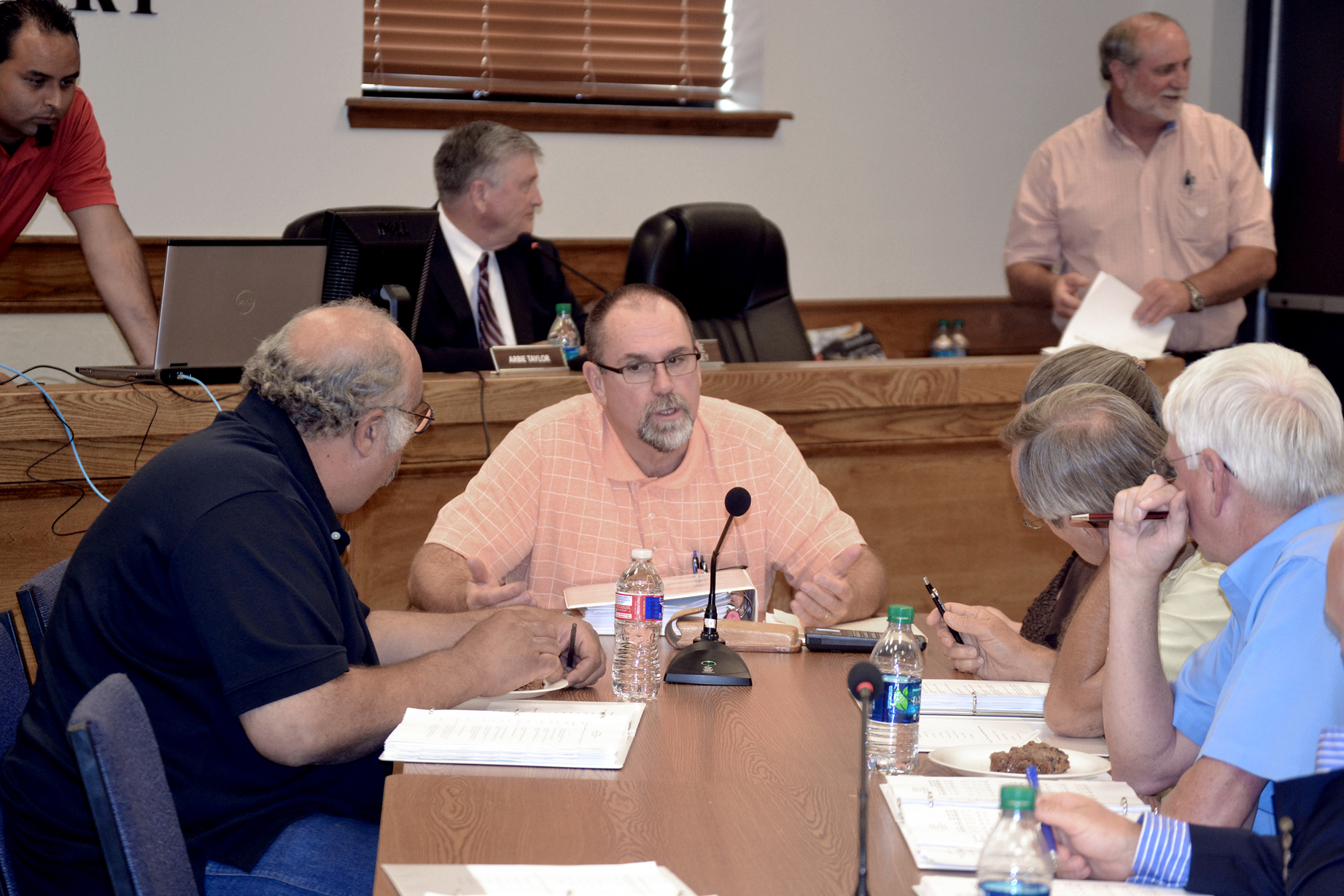 Above: City Manager Arbie Taylor, center, gets ready for a budget work session Monday with the city commission and city employees. The commission had the first reading of an ordinance during its meeting that will restrict truck traffic and reduce the speed limit on three Dumas streets.

Less than a month after a man who lives on Twichell Avenue told the Dumas City Commission about dangerous traffic problems in his neighborhood, the commission moved to restrict large truck traffic and reduce speed limits in that area.

The commission on Monday had the first reading of Ordinance No. 1134 that defines Twichell, Fox and Crump avenues from 14th to 16 streets as a “No Truck Traffic” zone, restricting trucks with a gross weight of 28,000 pounds from driving down those streets. The ordinance also limits the speed on Crump and Fox from 14th to 16th streets and 16th Street from Twichell to South Dumas Avenue to 20 mph.

The commissioners became aware of the traffic problems in that area in July after George Miller said people are using Twichell as a “drag strip”, and semi-trucks are driving down it to avoid going down 14th Street, causing traffic problems and putting children playing in Twichell Park at risk. The commissioners asked Police Chief Jim Nelson to survey the residents of Twichell and Fox avenues, and at the next meeting, Nelson gave them the results: People were turning onto Twichell, often to avoid the school zone on 14th Street.

After the commissioners decided the problem needed to be addressed, City Manager Arbie Taylor told the commissioners he was concerned about using speed bumps, saying it would set off requests to put them down on other streets where other residents want traffic control. The commissioners agreed to pass an ordinance that would restrict large truck traffic and reduce the speed limit.

The ordinance will have to go through a second reading at the next commission meeting Aug. 17 before it can be enacted. Anyone violating it will be guilty of a Class C Misdemeanor. Exceptions will be made for trucks making deliveries to homes, trucks moving materials to and from homes, service vehicles and emergency vehicles.

Read previous Moore County Journal stories about this issue by clicking on these links:

City Commission passes on speed bumps for Twichell Avenue, looks at other solutions