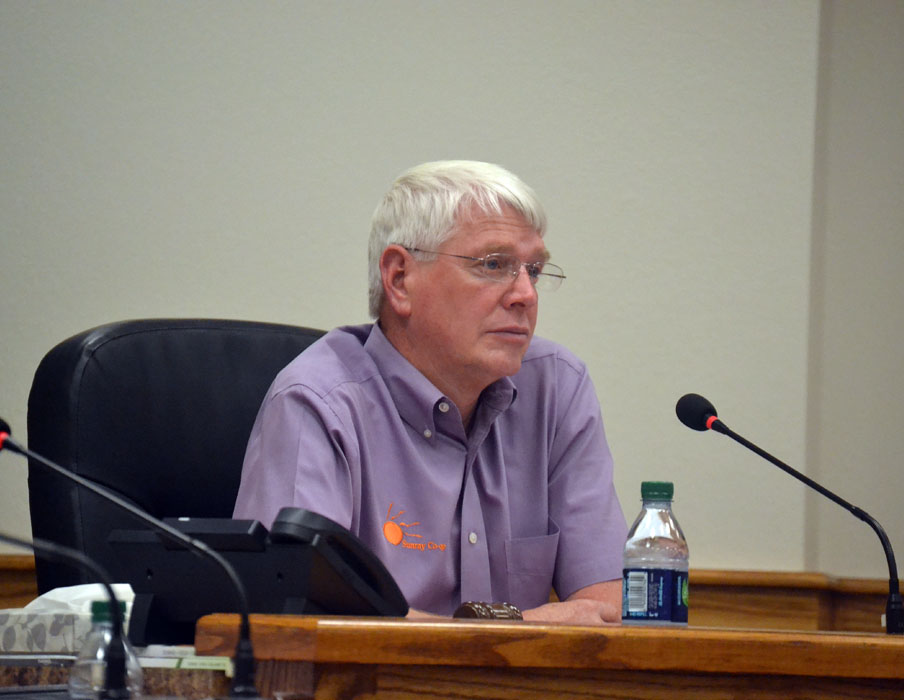 The Dumas City Commission on Monday chose not to use speed bumps to control traffic issues on a two-block stretch of Twichell Avenue and instead said Dumas High School students using the street to bypass 14th Street will be asked to use another route, and large trucks won’t be allowed to drive down the residential street.

George Miller, who lives on Twichell, told the Dumas City Commision earlier this month people are using the street as a “drag strip”, and semi-trucks are driving down it, causing traffic problems and putting children playing in Twichell Park at risk. He asked the commissioners to consider installing speed bumps to discourage the traffic, but on Monday, the commissioners looked for alternatives to control the problem.

Dumas Police Chief Jim Nelson told the commissioners his officers conducted a survey on Twichell and Fox avenues, which the commissioners had asked them to do, and found most of the residents were in favor of having speed bumps put down. Nelson concluded from the survey and from the information police officers obtained while speaking with the residents that high school students turn onto Twichell from 14th Street to get to 16th Street and then to Dumas Avenue, so he took DISD Superintendent Monty Hysinger to look at the area. The police department judged that most of the problems occur during the school year when the school zone is activated on 14th Street. Sunset Elementary School is located on that street.

“Mr Hysinger said he’s going to visit with the coaches and teachers and try to get the majority of the students to take 4th Street east to Dumas Ave,” City Manager Arbie Taylor said. “If you put speed bumps on Twichell, then you have to put them on Fox and then on Crump. There was a suggestion to put traffic barriers on 16th Street. That’s a problem that’s going to proliferate if we take that route.”

Taylor said he’s concerned putting up speed bumps on Twichell will set off requests to put them down on other streets where other residents want traffic control.

“I feel there are other solutions rather than putting up physical barriers,” Taylor said.

The commissioners agreed and directed Taylor to draft an ordinance that will restrict large trucks from using Twichell between 14th and 16th streets and lower the speed limit on Crump and 16th Street to 20 mph.

“We would define ‘trucks’ in the ordinance so that it wouldn’t include pickup trucks,” City Attorney Tom Moore said. “We would craft weight into the ordinance.”