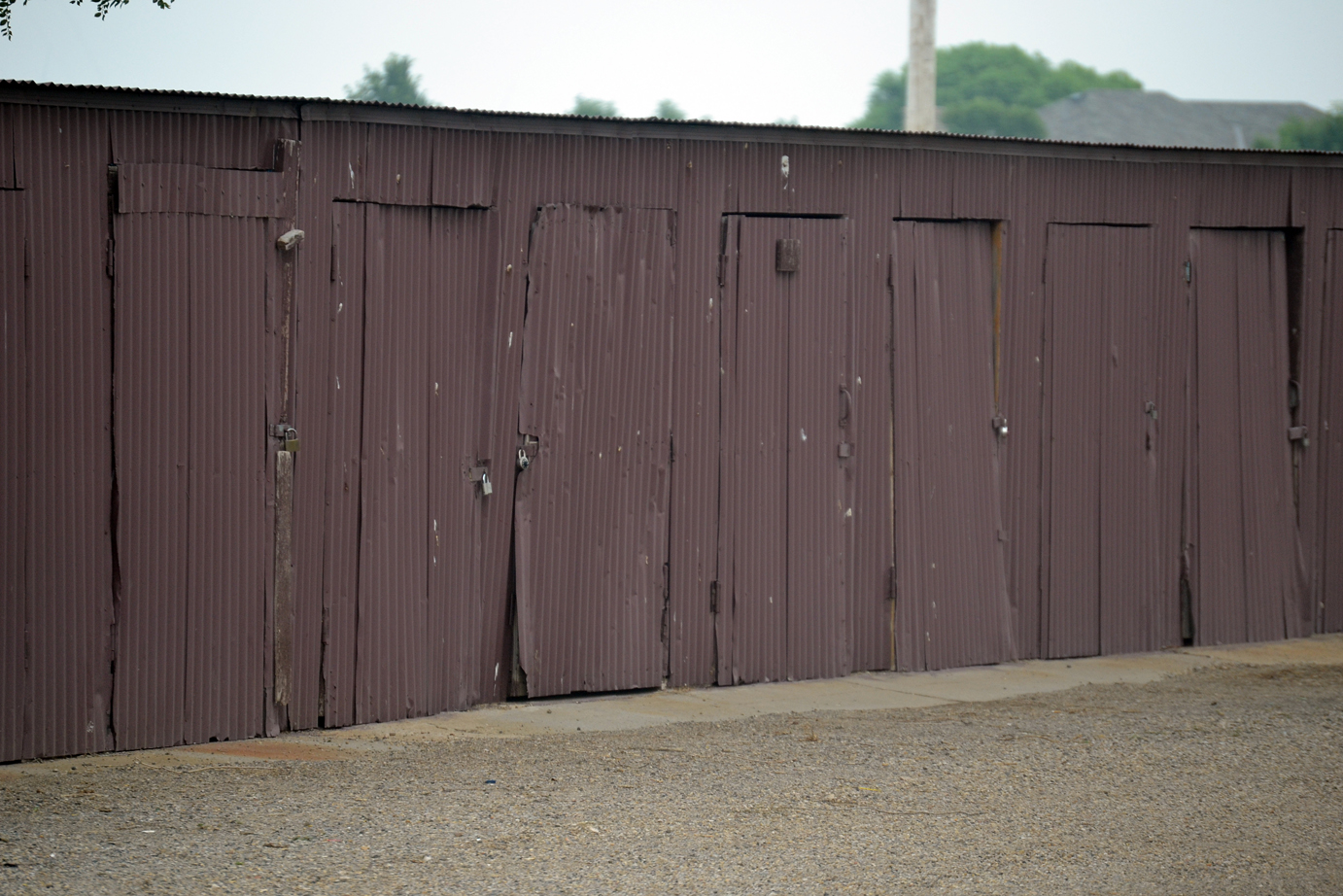 Above: The 16 private golf-cart storage units at the Pheasant Trails Golf Course are in a state of disrepair, and a group of golfers have presented a proposal to the Dumas City Commission to build new ones.

The Dumas City Commission isn’t arguing that the private golf cart storage units at the Pheasant Trails Golf Course need to be replaced, but they’re not in favor of spending $71,950 to build new ones.

Greg Willis spoke about the dilapidated units for a second time at the commission’s July 20 meeting and submitted a proposal for replacing them, explaining as he did at a previous commission meeting that some of the golfers have agreed to pay their storage fees, with includes trail fees, up front. He told the commissioners that commitment would give the city $24,000 for the project. The city would have to find the difference, $47,950, in a budget they say is already tight.

Mayor Pro Tem Dr. David Bonner said the golfers’ willingness to pay their fees upfront “is a good thing, but it doesn’t fund it.”

“Is there a way for the golfing community to fund this?” Bonner asked. “Why not have some golf tournaments?”

Bonner also said spending tens of thousands of dollars to accommodate the golfers who own their carts could create other complications.

“The golfing community is a small segment of the population, and then you have a subset of that group who have their private golf carts and rent storage for them,” Bonner said. “This is an area where you can make a lot of people unhappy.”

The Willis Construction proposal specifies the construction of 26 golf cart storage units to replace the 16 that are there now. The building would be 21 feet by 111 feet, built of steel with a concrete slab floor, and each unit would have a 7-foot by 7-foot coil-up door. Under the proposal, Willis and the other golfers who have agreed to pay their fees upfront would not have to pay storage and trail fees until their pledges are reimbursed through storage and trail fees.

Willis also said he doesn’t want the city to take money out of the golf course’s maintenance budget to build the storage units.

“If you have to take money out of maintenance, then scratch the idea,” he said.

And then Commissioner Steve Bodnar threw a question into the mix.

City Attorney Tom Moore said the city would have to go through the bidding process.

Commissioner Justin Willis abstained from the discussion, and while none of the commissioners argued against building the facility, they all agreed that the funding of it would be difficult.

“I’m not against the idea of building it,” Commissioner Ben Maples said. “We just have to look at the budget.”