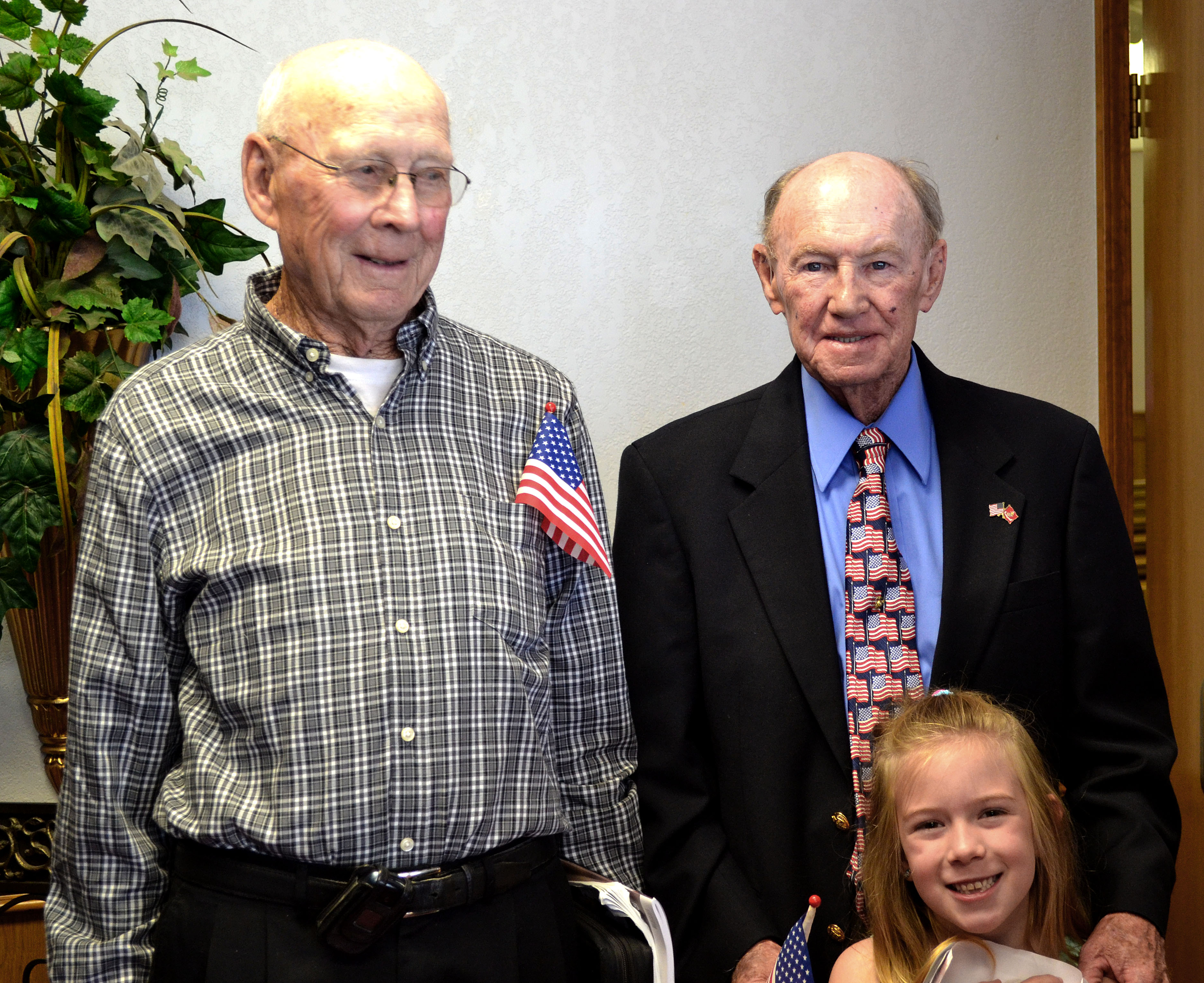 Above: J.L. Kuykendall, left, Jerry Eads and Jessika Eads take a moment after church services at Dumas First Assembly of God Church. Both men are military veterans, and they were honored, along with other veterans, for their service.

About 18 members of the children’s church from Dumas First Assembly of God Church placed flags Sunday morning on the graves of veterans at Dumas Cemetery. While locating the graves, the children talked about the sacrifices the veterans made to serve their county, and several of them spoke of their family members who had served in the military.

“My grandfather was in the Marines,” Jessika Eads said.

Sarai Ledesma also placed flags on the veterans’ graves, saying it was helping her learn “to honor them.”

“This makes me think about what we owe to our veterans,” she said.

Later, Jessika’s grandfather, Jerry Eads, and other former military members were honored at the church for their service. The children presented each veteran with a U.S. flag.

On Monday, the American Legion Jake Eiland Post 224 will hold a service at McDade Park’s War Memorial at 10 a.m to honor the area’s veterans.