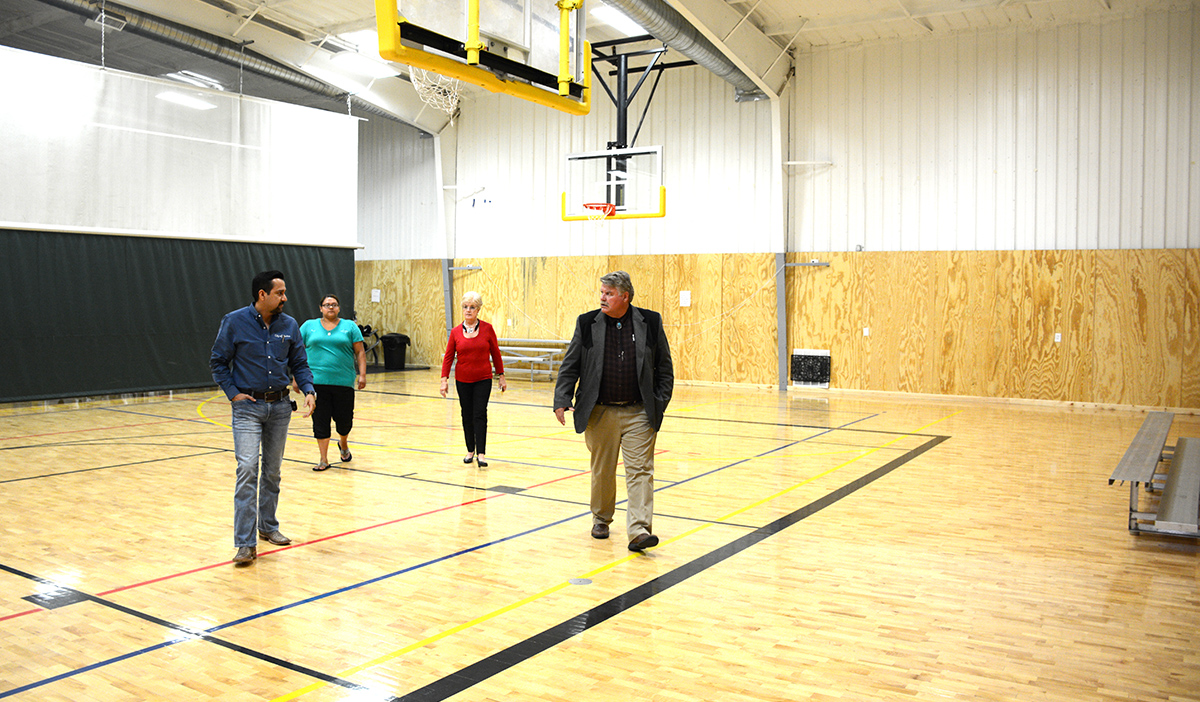 If Cactus has grown too big for its britches, it’s because the city has put on muscle and shed the fat. On the heels of building a new City Hall and state-of-the-art police building, the city is completing construction on a 7,000 square foot expansion to the recreation center.

“We’ve doubled the size,” said City Manager Aldo Gallegos. “With the addition, the center will be 14,000 square feet, and we expect it to be completed in late October. It’s important we have a place for our kids to go, and we couldn’t fit everyone in the old building. We’ve grown so fast.”

When it’s completed, the addition, along with the existing facility, will house a 2,800-square-foot gym, a 2,000-square-foot aerobics/zumba area, his/her showers and bathrooms, a day care, weight room and a full-size basketball court. The center’s entrance got a remodel, too, but none of it was expected to happen this quickly.

“This is like the police station and city hall,” Gallegos said. “We were planning on doing this maybe three or four years down the road, but we’re growing so fast, and the number of people who were showing up to use the center justified the need to build now. We’re just trying to catch up with those needs. We’d get so many kids at the center, we were at capacity.”

Gallegos grew up in Cactus during the years when the city didn’t have many recreational venues, and infrastructure improvements weren’t on the radar. It’s precisely why he and the city council have made them priorities.

The memberships for the rec center are affordable, and Gallegos said they planned it to be so. An individual membership is $25 a month, and a family pays $35. Any member is allowed to use the day care center.

“Nicole Peña is our rec center’s director, and she runs a pretty tight ship,” Gallegos said. “She makes sure the equipment isn’t abused and helps members get the most out of the center.”