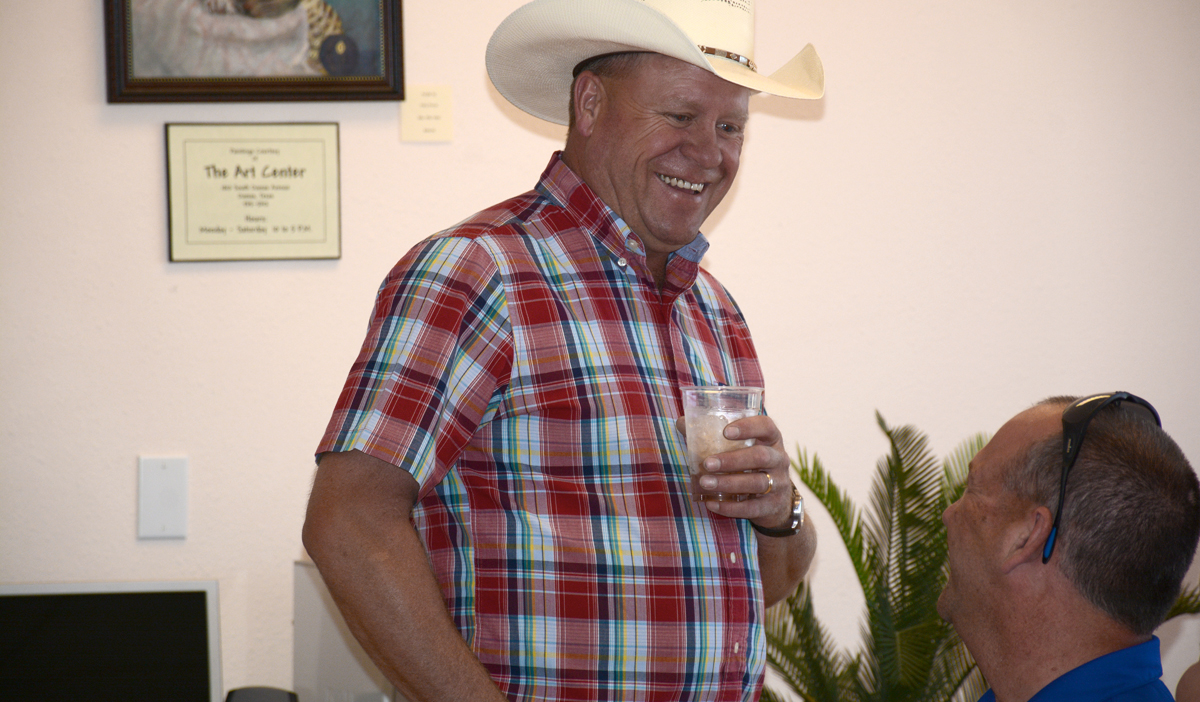 Above: Brooks Brown visits with friends before he was presented the award for Farmer of the Year.

Brooks Brown received his Famer of the Year award Tuesday, and while the crowd that gathered was smaller than the one in attendance when the award was announced at the recent Chamber banquet, the congratulations were still plentiful.

Brown couldn’t attend the Dumas/Moore County Chamber of Commerce banquet, but plenty of his friends attended a small ceremony Chamber President Sam Cartwright put together at the Chamber. Robert Reznik, the 2015 Farmer of the Year, presented the award to Brown.

“I don’t know about being Farmer of the Year, but I’m sure enjoying myself,” Brown said. “That’s what matters the most, that you enjoy yourself.”

Green Country Equipment nominated Brooks for the award. In their letter to the Chamber, they said:

“Brooks farms approximately 9.5 sections of land. He grows corn, milo, wheat and cotton, and he is an excellent farm manager/owner. Brooks has been farming all his life; he drove a tractor with his granddad when he was 5 years old. Brooks also won an ward with Pioneer Seed Company in 2012 for the highest yielding corn in the state of Texas and third highest yield in the nation.

“He loves farming. Farming is more a hobby than a job to him. Brooks is just an all-around great guy who lights up the room as soon as he walks in. We would appreciate it if you would consider honoring him with this award.”