Home NEWS Bodnar: We have been lacking a strong leader 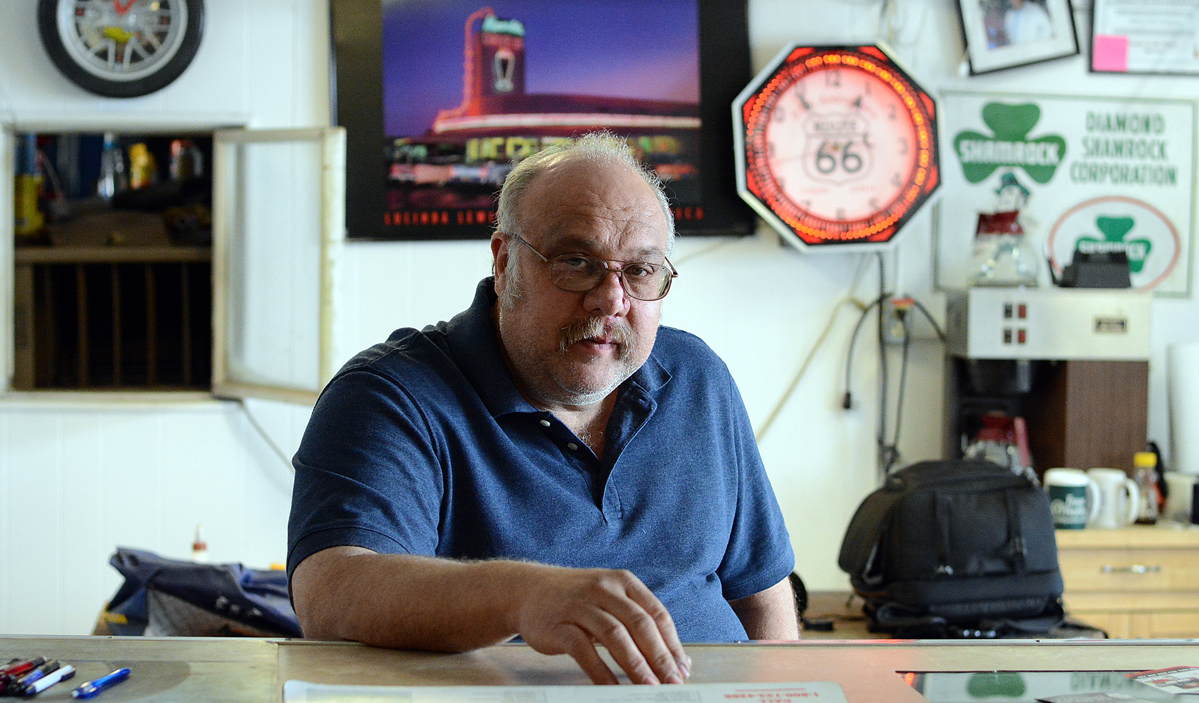 After businessman Bob Brinkmann filed to run against Dumas Commissioner Steve Bodnar for his seat, Bodnar filed to run against Mayor Pat Sims for the mayor’s seat. It’s no secret the city of Dumas is mired in a financial bog, and although they have made progress, they haven’t pulled the city up to the position it needs to be in to ensure financial stability. Other issues also are coming to light, and it’s going to take a strong mayor to lead the City Commission through some upcoming difficult times. The city has a lot of work to do, as subsequent stories will show. Voters must decide which mayoral candidate is best suited to get that work done.

The Journal asked each candidate 10 questions. These are Bodnar’s responses.

Moore County Journal: When did you first run for office, and what made you decide to do it?

Commissioner Steve Bodnar: The first time I ever ran was for mayor in about 2010. I felt the citizens were not being listed to in decisions made by the Commission.

Journal: How long have you been on the City Commission?

Journal: What are some of the issues the city has faced since you’ve been on the commission, and what was your role in addressing them?

Bodnar: There have been so many: The water wells, Hartley water field water valve, landfill, wastewater treatment plant, refurbish Morton lift station, new lift station installed in Utley park for waste water treatment plant, new chief of police, new golf pro, new city manager and new city attorney. I’m sure I missed something. I was active in each of these, and I made sure to research all angles and make the best decisions for the citizens.

Journal: Why are you running for mayor?

Bodnar: I feel we have been lacking a strong leader who is willing to listen to the people.

Journal: What do you think of the proposed event center?

Bodnar: I think it’s a dream for the distant future, even further out than the relief route. I can’t see any way the city can begin to even pay the light bill on a center as proposed. I know it will take many new employees to operate it. I feel that in our current financial situation, the city just can’t handle this without a direct tax on the citizens, and I feel there would be better use  of the money. After all, this money doesn’t grow on trees. It comes from the hard-working people of  Dumas. I also think it would be wrong to do this project without a vote by the people with the total cost included in the vote, and then if it passes, that amount is all that can be spent. I believe a “feasibility study” done by people who don’t live here and get paid to do it can make up numbers as they go.

Journal: When did you realize the city was in a financial crisis, and what did you do to address it?

Bodnar: Not long after getting in office. I have had many talks with our finance director because, me being just a workingman, I didn’t fully understand all of the dynamics of the city’s finances. But I talked to a former school board member who saw exactly what I did. When some of the big unnecessary projects would come, up I would ask, “Where is the money going to come from?”

Journal: As mayor, what would you do to get the city back on its feet financially?

Bodnar: I will try to do more things like making repairs, such as the ones I did this year with the police department. We focused on patrol car repairs instead of buying new ones. When we were having landfill issues, I suggested we use the alternate cover system to save space in the landfill, saving 6 inches of dirt-cover daily.  That is over 150 feet of dirt-cover a year. I also realize that our current tax rate is lower than it was in the 1980s, but I also know the appraisal values have gone up, and I can’t think of much that costs less now than it did then. I don’t feel we can just raise taxes forever and never be checked on spending. But please know that we still have some bigger issues to deal with that will cost money.

Journal: Does the city need a fire department with so many paid firefighters?

Bodnar: Without a doubt we have to have them. If we go to a mainly volunteer department, one thing that will happen is your homeowner’s insurance will go up a lot. The city fire department also covers the county. Other cities that have a volunteer fire department have had trouble getting personal to show up.

Journal: What are some of the biggest problems facing the city?

Bodnar: We still have several things that need to be addressed. For example, maintenance on the water tanks haven’t been done in years, and the lift stations also need maintenance. We need a more efficient way to move trash to the new landfill.

Journal: What qualities do you have that would make you a good mayor?

Bodnar: I feel that in these economic times, we need a mayor who has the ability to talk to the citizens and do what they wish. The city government should work for the people and not dictate to the people. I have spent a lot of time with local business people on the Dumas Avenue resurfacing project, and the majority have said we should build a relief route and not tear up Dumas Avenue at this time. Yet, I feel the wishes of the community aren’t being heard. I feel the businesses downtown know what is best for them. I am one of them, and, by the way, what is the cost of the resurfacing project to us? I have asked many of the business owners, and I also don’t believe I-27 down Dumas Avenue is the answer in any way. Many business owners have said I am the only one on the City Commission who has been by to talk to them.