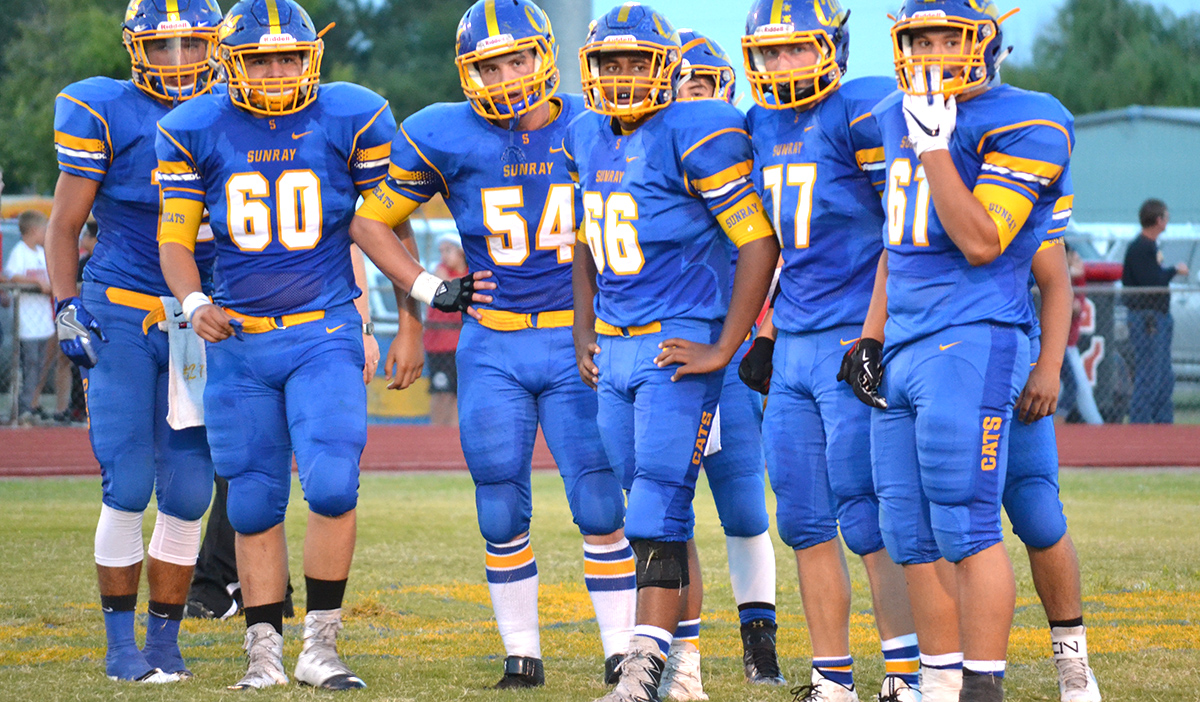 The Bobcat offense dominated Gruver in the first quarter of their game Friday, putting 17 points on the scoreboard. and setting the pace that led to a 37-27 win over the Greyhounds.

Ethan Brotherton launched the scoring with a 51-yard touchdown, and Luis Cadena added the extra point. The offense was on the move again when Kason Scroggins found Xavier Jimenez down the sideline with a 36-yard touchdown pass. Caden added an extra point again.

The Bobcat defense stopped Gruver on their next possession. After a punt, the Bobcats drove down to the Gruver 21-yard line. They failed to pick up a first down, and Cadena kicked a 31-yard field goal to make the score 17-0.

On their first possession of the second quarter, Sunray fumbled the ball at their own 40-yard line. Gruver’s Ryan Walters picked up the fumble and returned it 60 yards for the Greyhounds’ first score. The extra point was good, making it a 17-7 game. Later in the quarter, Sunray’s Geovanni Ruiz raced 60 yards down the left sideline to score a touchdown. Luis Cadena kicked wide on the extra point, and Sunray lead 23 to 7.

Sunray’s defense shut the Gruver offense down in the first half, and Gruver was forced to punt from deep in their own territory late in the second quarter. The punt was a short kick, and on a reverse handoff, Luis Cadena returned the punt 39 yards for a touchdown. Cadena then added the extra point to widen Sunray’s lead at halftime 30-7.

In the third quarter, Gruver put together a drive and eventually scored on a 3-yard run by Ryan Walters. The extra point kick was good, but Gruver still trailed 30-14. The two teams traded punts the rest of the quarter. Early in the fourth quarter, Sunray drove into Gruver territory. They eventually gave up the ball on a failed pass attempt on fourth down at Gruver’s 22 yard line. On Gruver’s first play, Frey Diaz stepped in front of Miguel Perez’ pass, intercepted the ball, and returned it 34 yards for a Sunray touchdown. Cadena again added the extra point, and Sunray pushed ahead 37-14.

After a short kickoff, Gruver started a drive, and courtesy of a pass interference penalty, had the ball at the Sunray 3-yard line. Walters scored on the next play, and Gruver added the extra point, but Gruver still trailed 37-21.

Gruver held the Bobcat offense again. They started a drive from mid field. and after picking up a first down at the Bobcat 36 -yard line, Ulysses Garcia went around left end and scored from 36 yards out. A two-point conversion attempt failed, and Sunray led 37-27. Gruver recovered an onside kick but was penalized for being off sides on the kick.

Sunray recovered a second on side kick and ran out the clock to end the game.