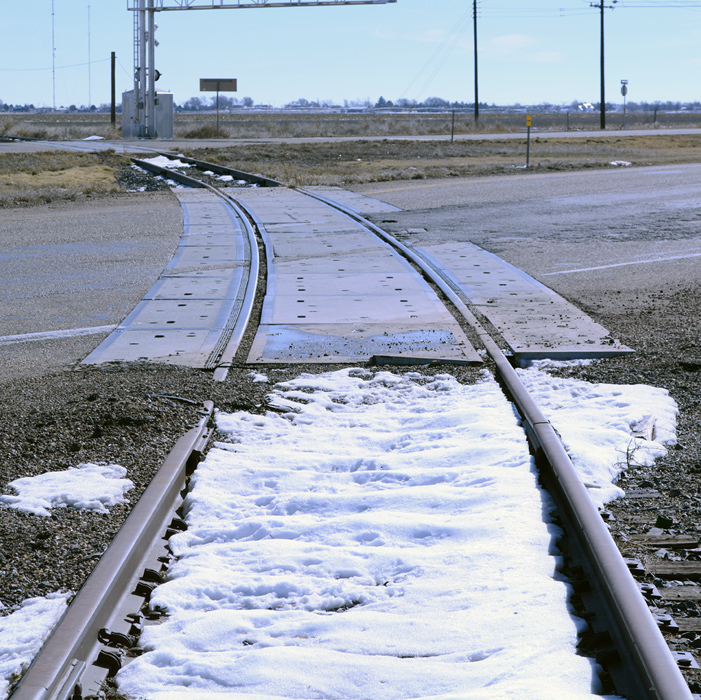 Above: The railroad crossing on U.S. Highway 287 has deteriorated, becoming a driving hazard. A TxDOT official said they will work with BNSF Railway to remove it this month.

You can kiss it goodbye. Thanks to the perseverance of Moore County’s two justices of the peace, the railroad crossing on U.S. Highway 287 north of Dumas is slated to be removed by the end of the month, removing a traffic menace that Justice of the Peace Barbara Mulanax said is going to cause a fatality.

Mulanax and Justice of the Peace Sue Sims recently began calling and emailing TxDOT and BNSF Railway officials about the crossing and the problems it’s causing drivers. The spot has deteriorated, creating a drop, and drivers are moving into the turning lane to avoid it. A woman told Mulanax the impact of hitting the tracks shut her vehicle down, and she almost rolled it.

“That is a very dangerous situation out there, and we’re not going to stop until they get it fixed,” Mulanax told the officials.

They got the message. Neukam told Mulanax that TxDOT and BNSF Railway set up the following schedule to remove the tracks:

Jan. 25 — State maintenance forces will set up a lane closure on the southbound side of U.S. Highway 287 to shift traffic from the outside driving lane to the inside passing lane.

Jan. 26 — Work continues on the southbound side of the highway. Traffic from the inside passing lane will be shifted to the outside driving lane.

Jan. 27 — Work begins on the northbound side of the highway. Traffic from the outside lane will be shifted to the inside passing lane.

Jan. 28 — Work continues on the northbound side of the highway. Traffic from the inside lane will be shifted to the outside lane.

The lane closures will create a work zone for BNSF Railway to remove their track, concrete planking and ballast stone, Neukam said. State maintenance forces will follow the removal by filling in the void, compacting and installing a surface course.

Neukam said the schedule is dependant on several factors and may be reduced if all goes well. BNSF took the tracks out of service several years ago.