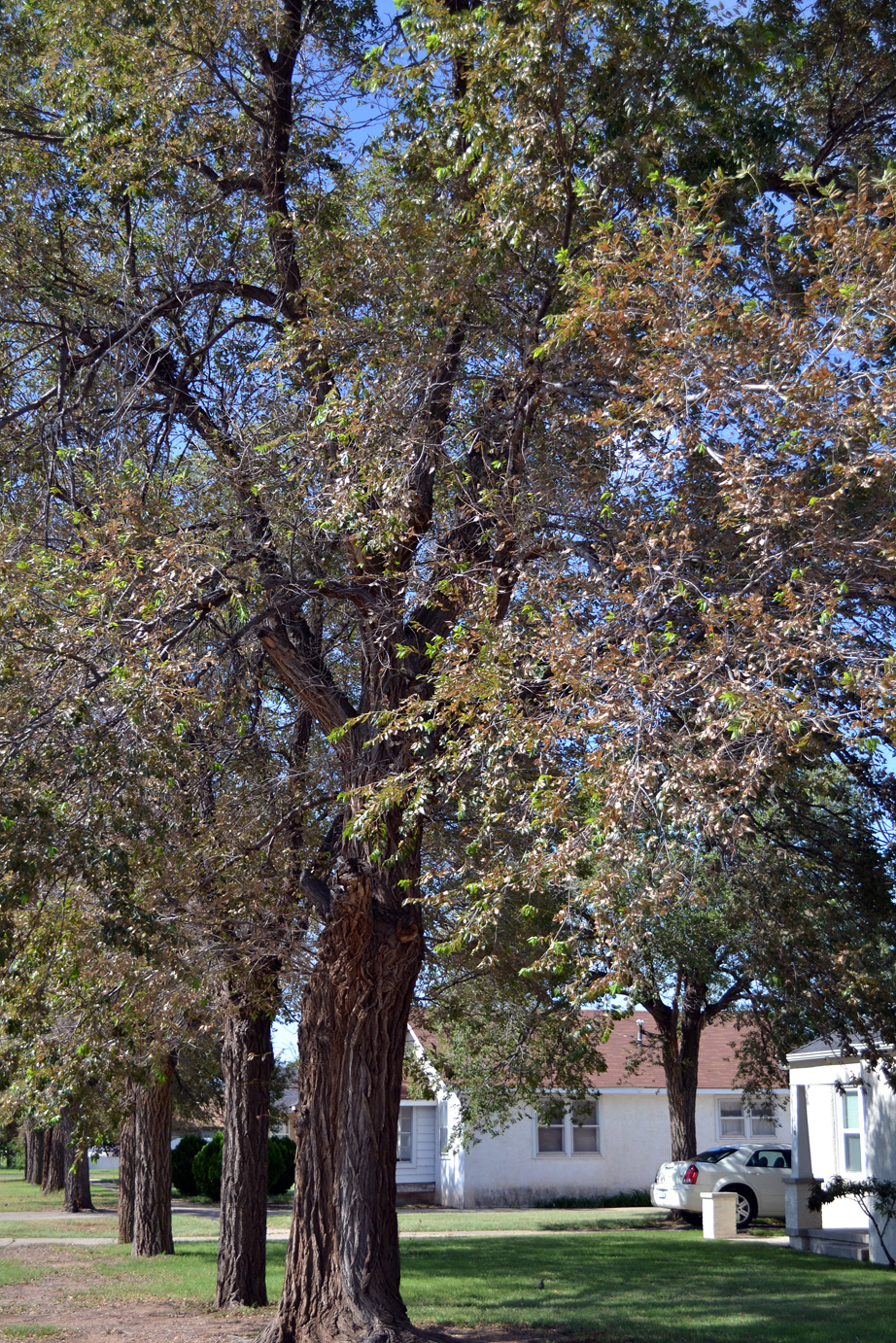 Some Dumas sidewalks and lawns look like fall is already here with the number of elm leaves covering them. But it’s not the onset of an early autumn that’s causing the trees to lose their leaves, it’s an insect, and they’re attacking trees all over the city.

“The elm leaf beetle has been here ever since the elm trees were planted, but all the rain we’ve had has made their population explode,” said Brian Scott, Staff Forester II with Texas A&M Forest Service. “They’re taking full advantage of all this new growth.”

Scott said the beetles don’t carry or transmit any known tree diseases, but Dumas’ elm trees are at risk because many of them, especially the older ones, have been weakened and stressed by the drought. The beetles select those trees because they aren’t as equipped to fend off the beetle attack like younger, healthier ones can.

“It is hitting the older trees harder, and if people value their trees, they need to be treated,” Scott said. “The older trees especially need a little TLC.”

The trees losing their leaves aren’t diseased, Scott said; they’re suffering from an insect attack, and owners can treat it with a solution that contains imidicloprid, a systemic insecticide, which acts as an insect neurotoxin. The local farm stores sell the product, and it’s easy to apply.

“With all this rain, the elm trees are putting out second and third flushes, giving the insects more to eat,” Scott said. “If you value your elm trees, I wouldn’t wait to treat them.”

Care must be taken to protect pets when applying the solution because it’s toxic to them, Scott said.

You can watch the video below to see how to apply the solution to eradicate the beetles.