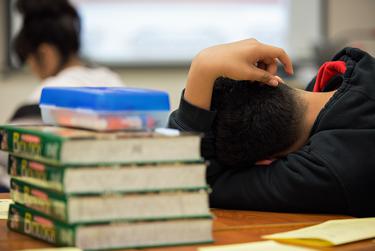 Texas Republicans are increasing their involvement in local races, hoping to do more to influence municipal and school board elections that have turned into political battlegrounds during the coronavirus pandemic.

The state Republican Party announced Monday it had formed a new Local Government Committee to work with county parties on backing candidates in nonpartisan local elections, where issues like mask mandates and the teaching of what some conservatives call critical race theory have become flashpoints.

“That’s really been the match that totally” ignited this, said Rolando Garcia, a member of the State Republican Executive Committee who chairs the new group. “School board races have always been important, but it’s been hard to get the attention and resources to them, and so they’ve been sleepy affairs.”

The state GOP is emboldened by recent wins in places like Carroll Independent School District, where opponents of a district proposal to address racism in schools captured a majority on the school board last month. Republicans are also looking to build on victories like that of Javier Villalobos, a Republican who won his election earlier this year as the mayor of McAllen, which traditionally votes for Democrats.

“Democrats across the country see the importance of local elections in the fight for America, and so does the Texas GOP,” Matt Rinaldi, chair of the Texas GOP, said in a statement.

The state Democratic Party has been supporting local nonpartisan candidates through a program, Project LIFT, that started in 2015. The program, which stands for Local Investment in the Future of Texas, recruits, trains and provides resources to people running for municipal offices and school board.

“We’ve got to take an aggressive approach in these races,” said Odus Evbagharu, chair of the Harris County Democratic Party. “Our democracy’s on the line, and it starts at our most local level.”

In recent months, school boards have gained new attention in Texas and nationwide amid raging debates over pandemic rules. Even though Gov. Greg Abbott has banned public schools from requiring masks, some school boards have defied him and sought to mandate masks anyway, prompting legal action from the state.

This year, parents have turned their attention to the perception that “critical race theory” is being taught to their children and have pushed to remove books from school libraries that contain offensive content. Critical race theory is a concept teaches that racism is embedded in society, and while there is no evidence it is widely taught in K-12 schools in Texas, the Legislature passed a law aiming to crack down on it that went into effect Thursday. That law is behind a GOP state lawmaker’s recent investigation into the types of books that school districts have.

Additionally, Abbott has been on a hunt to root out any “pornographic” material in public schools, telling the Texas Education Agency to investigate it last month.

Garcia is from Houston, where the Harris County GOP has already charged into local contests. The county party backed three challengers who ousted members of the Cypress-Fairbanks Independent School District school board in November. The county party has also endorsed three candidates in the Houston Independent School District school board runoffs that are happening Saturday.

For example, one of those candidates, Bridget Wade, opposes mask requirements for students and has said she is against schools teaching “our children that one race is better than the other.”

Evbagharu said the party is “in it to win it” when it comes to the Houston ISD runoffs. He denounced the GOP crusade against critical race theory as “classroom censorship,” saying Republicans are “trying to disrupt democracy and disrupt the way history is taught.”

Garcia said the Local Government Committee is focused on educating county parties that they can indeed endorse in local nonpartisan races and then giving them guidelines on how to support a candidate if they do choose to endorse. Typically, a majority of precinct chairs must approve before a county party can formally support a candidate in a local election.

After a county party gets behind a candidate, the state party may come in with its aid — like a mailer — but Garcia emphasized that “these are conversations that each county party needs to have” first.

In the meantime, school boards are continuing to garner statewide GOP attention. Some Republican state lawmakers have called on the Texas Association of School Boards to sever ties with the National Associations of School Boards after it asked the Biden administration to look at recent parental hostility toward school board members as “domestic terrorism.”

On Monday, Lt. Gov. Dan Patrick called for the resignation of the co-chair of Fort Worth Independent School District’s Racial Equity Committee after she shared personal information about parents who sued the district to stop its mask mandate. (Patrick referred to the committee member, Norma Garcia-Lopez, as a school board member, but the committee is separate from the school board and advises it.)

Disclosure: Texas Association of School Boards has been a financial supporter of The Texas Tribune, a nonprofit, nonpartisan news organization that is funded in part by donations from members, foundations and corporate sponsors. Financial supporters play no role in the Tribune’s journalism. Find a complete list of them here.

This article originally appeared in The Texas Tribune at https://www.texastribune.org/2021/12/07/texas-republicans-school-board-city-elections/. 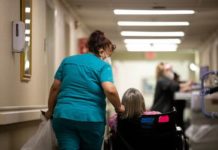 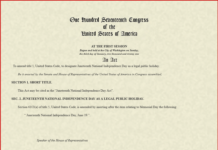 Analysis: Texas legislators have a long way to go and a...