Home General Analysis: Not all emergencies are priorities in the Texas Capitol 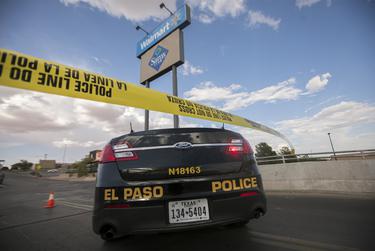 In 2019 and 2020, 110 people were killed in mass shootings in Texas and another 266 were injured, according to the Gun Violence Archive, an online database of incidents of gun violence.

Guess which topic state leaders consider to be an emergency?

The latest additions to the appalling, steady stream of mass shootings in America came in the last few days — in three Atlanta-area massage parlors, where eight were killed last week, including six Asian women, and then in a grocery store in Boulder, Colorado, where 10 were killed on Monday.

Those out-of-state shootings reignited a familiar set of arguments about gun violence in a state where new limits on gun ownership and possession are unlikely.

It’s not that lawmakers aren’t thinking about weaponry: In the current session, they’ve filed 22 bills that contain the word “firearm” and 45 bills — there’s some overlap — containing the word “gun.” They run the gamut: regulating sales at gun shows, prohibiting people from carrying guns while intoxicated, allowing unlicensed carry of guns, creating an annual sales tax holiday for gun sales and more. Many of those are up for consideration on Thursday in the House Homeland Security and Public Safety Committee.

The Texas Legislature is not coming for your gun.

But keep an eye on your right to vote. “Election integrity,” as the governor likes to call it, is a big topic in the Republican Party, a souvenir of a 2020 political cycle where a former president was defeated in what he contended could only have been a fraudulent election. He’s out, but the slander of the process and the result — at least in the top race — remains strong among Republicans. Last month’s University of Texas/Texas Tribune Poll found 73% of Republican voters in the state believe the results of the last U.S. election were inaccurate. At the same time, 76% of that group said the Texas results, in contrast, are accurate.

That distrust of results, and distrust among some Republican officeholders about remedies offered during the pandemic — longer early voting periods, expanded voting by mail, 24-hour election sites and voting from cars, to name a few — has resulted in efforts to further tighten the rules, as The Texas Tribune’s Alexa Ura recently reported.

It’s not that election fraud is widespread, or that it’s changing the outcomes of elections. Since 2004, the Texas attorney general has “successfully prosecuted” 531 cases of election fraud. That’s an average of 31 each year. And Republicans, who for years have worried about what might happen if voter turnout increased in Texas, found out in November, where they held their majorities in the congressional delegation, in the Legislature and elsewhere on the ballot in the face of much-higher-than-normal turnout.

Nevertheless, elections and voting issues are on both the governor’s and the lieutenant governor’s lists of priorities for this session. Guns aren’t on Gov. Greg Abbott’s list, but show up three times on Lt. Gov. Dan Patrick’s. He wants legislators to “protect Second Amendment businesses,” “stop corporate gun boycotts” and enact “Second Amendment protections for travelers.”

Texas was the site of 64 mass shootings over that two-year period, including one in an El Paso Walmart in August 2019, where 23 were killed and 23 were injured, and another that same month in Odessa, where eight people were killed and 23 were injured, according to the Gun Violence Archive. Their definition of a mass shooting is one in which four or more people are killed or injured, not including the shooter.

This is the first session of the Texas Legislature since those two shootings and the ritual political promises to do something about it. There were 37 mass shootings in Texas during the two years leading into the Legislature’s 2019 session, resulting in 87 deaths and 150 injuries, according to the Gun Violence Archive. That number includes a 2018 shooting at Santa Fe High School, where 10 were killed and 13 were injured; and another in 2017 at a church in Sutherland Springs, where 27 were killed and 20 more were injured.

Statistics can show you the scope of a problem, but hide the real terrors of shootings, pandemics and electrical outages during winter storms. And as the real terrors fade in the public’s consciousness, so does the urgency of the politicians who, in the wake of these events, promise to do what they can to prevent the same thing from happening again.

Sometimes, the events are far apart. We faced a pandemic in 1918, and another one in 2020. A winter storm knocked out power to a large swath of Texas in February 2011 and again in the same month ten years later.

Lawmakers are sorting those out, or saying they will. The next pandemic, if they rise to their promises, will be met with a different set of responses, better communications about what’s going on, better vaccine distribution and a less herky-jerky approach to closing and opening and closing businesses and cultural institutions. The next storm, if they do what they’ve assured their shivering voters, will be met with an energy infrastructure — from fuel providers to electric generators and transmitters to your wall plugs — that has been fortified against the cold.

Gun violence in Texas is more frequent, less unusual and more routine. It’s also routine that the Texas Legislature often cannot, or will not, do anything about it — even after saying, in the wake of shootings, that something must be done. The school shooting in Santa Fe was an exception, resulting in school safety laws in the 2019 session.

But voters have become desensitized to gun violence, less likely to demand action — or to keep up any demand for action in a sustained way. If politicians are good at anything, it’s listening to voters. They react when we do.

Also, when we don’t. 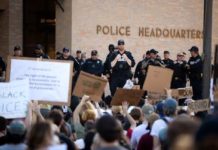 Voters would have to approve police budget cuts under bill approved...