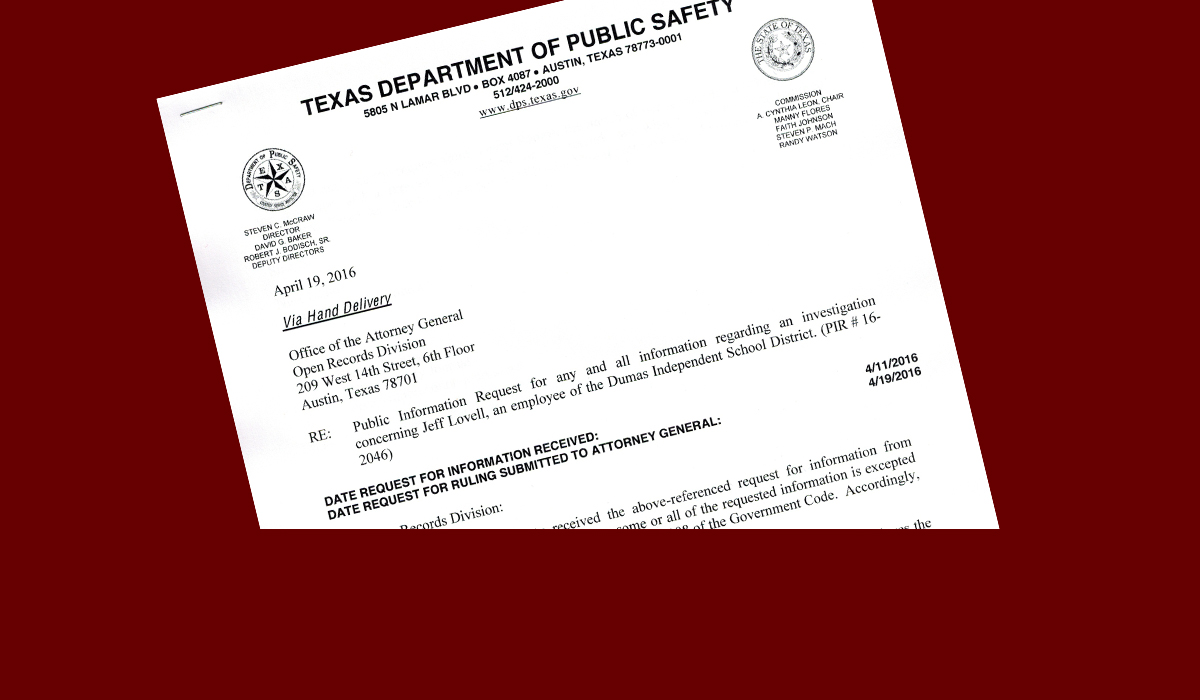 The Journal submitted a Freedom of Information Act request to the DPS on April 11, 2016, asking for the report on the investigation into Lovell’s case. Lovell had been a DISD employee and served as the band booster club’s treasurer for some time. The DPS sent the Journal a copy of the letter they sent to the AG’s office, requesting a ruling regarding the release of the information. The DPS said, “We believe some or all of the requested information is excepted from required public disclosure pursuant to section 552.108 of the Government Code.”

The AG’s office responded to the DPS on April 27, 2016, and said they may withhold the submitted information, but they had to release the basic information of the investigation. An entity that is seeking an AG ruling has to submit the information requested through an FOIA request for the AG’s review.

Lovell worked as a police officer with DISD and was placed on administrative leave Feb. 1, pending the outcome of the investigation. He resigned from his position, which was noted in the district’s board of trustee’s packet at their April 11 meeting. His employment ends May 27.

In a previous story, the Journal reported that on Jan. 29, 2016, the band booster club officers told DISD Superintendent Monty Hysinger “funds were being misappropriated by their long-time treasurer who was also a school district employee.”

The Journal hasn’t received any information from the DPS since the AG ruling.