Home General After Texas’ power grid failure, some in Lubbock worry about the city’s... 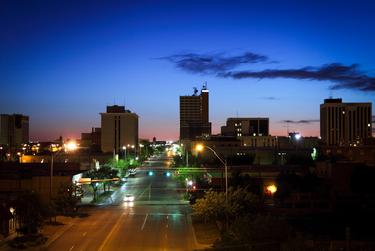 While a devastating winter storm left millions of Texans in the freezing cold and dark for multiple days last month, Debra Spencer lost power in her home just once, for 15 minutes.

It wasn’t luck. Spencer lives in Lubbock, one of the few areas of the state not connected to Texas’ independent power grid. She watched as the rest of her state plunged into chaos with mass power outages, causing death and widespread damage.

So when she learned that the city of Lubbock was preparing this June to join the Texas grid, run by the Electric Reliability Council of Texas, she started anxiously emailing all of her state representatives asking them to reconsider the move.

The plan for Lubbock to join the Texas energy grid has been in the works since 2015, and already millions of dollars have been poured into constructing transmission lines.

But as ERCOT leaders have been cast as villains of the February disaster, more officials are pushing back against the move.

“There’s a whole lot of unknowns today that could end up costing a lot of money, that could set the ratepayers in Lubbock today in a worse position than they were,” said Republican state Sen. Charles Perry, who represents Lubbock. “At the same time, you don’t know exactly what the new grid transformations or reforms look like. If there’s a way to pause, take a deep breath and survey, that would be my recommendation.”

Many Lubbock officials are still optimistic about joining the ERCOT, which isn’t regulated by the federal government. They’re hoping the Texas Legislature’s proposed reforms will prevent another disaster from occurring, but they haven’t ruled out pushing for a delay if it appears winterization efforts are faltering.

“By nature, after a crisis, we want to point fingers,” said Lubbock Mayor Dan Pope. “Choice is a big part of our decision, but so is a diverse, affordable, safe supply. …Those are still our plans and I think that’s still very desirable for our citizens.”

Nevertheless, ERCOT and the Public Utility Commission that oversees it have emerged as public enemy No. 1 in recent weeks as officials look to assign blame for the many failures that lead to 4.5 million customers being out of power at the storm’s height. Nearly half the ERCOT board and its CEO have resigned, in addition to two members of the PUC.

ERCOT’s also being sued for wrongful deaths. On top of this, the PUC’s own independent monitor said ERCOT overcharged power companies by about $16 billion, though energy grid officials say the number is closer to $3 billion.

The failures of Texas’ independent power grid have led to some counties mulling a way out. A Harris County commissioner briefly proposed cutting ties with ERCOT after constituents wrote to him about relatives passing away from hypothermia without power and heating. He explored building transmission lines out to the national grid before abandoning it because of the high price tag.

Lubbock officials initially planned to join ERCOT once its 15-year-long contract with Xcel Energy, a member of the Southwestern Public Service Company, expires. This left two choices: building a new power plant or joining ERCOT. Both would cost millions, but joining ERCOT would give constituents more choices in their electric retailers, officials said.

“We analyzed this heavily, for years, as to changing [electric] grids,” Griffith said. “One thing a lot of Lubbock residents wanted was to be in a deregulated market with a competitive environment.”

Griffith said 70% of the city’s electric load would shift to ERCOT, but other parts of Lubbock County would remain on other parts of the Southwestern regional grid. Competitive electric retail would not start immediately after the transition.

Ultimately, Griffith said, the city’s electric utility board could recommend the city council to pause the transition if those members felt ERCOT’s corrective plans were inadequate.

ERCOT spokesperson Leslie Sopko said as of right now, there are no plans to pause the city’s connection project, and the commission is not aware of efforts to stop it.

“We are also working with [Lubbock Power and Light] on the final arrangements for them to participate in the ERCOT market,” Lasher said in an email, adding that their timeline has distribution circuits transitioning to ERCOT’s grid “scheduled to be implemented in late May.”

In a press release, Lubbock Power and Light said despite concerns about joining ERCOT since the winter storm, the Southwestern Public Service Company experienced its own share of problems with rolling power outages.

Disclosure: Oncor has been a financial supporter of The Texas Tribune, a nonprofit, nonpartisan news organization that is funded in part by donations from members, foundations and corporate sponsors. Financial supporters play no role in the Tribune’s journalism. Find a complete list of them here.