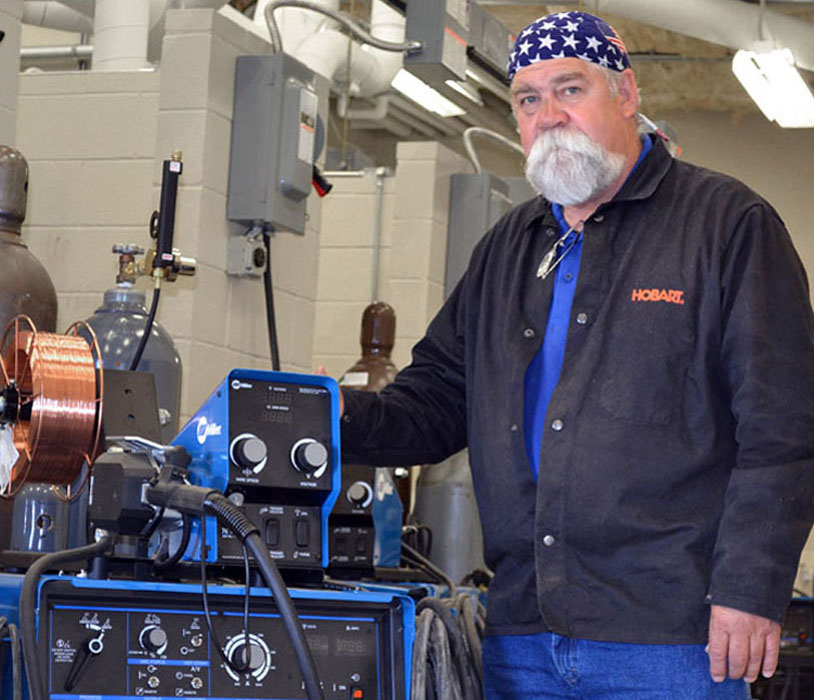 An Amarillo College welding instructor told the Dumas Economic Development Corporation Board of Directors that in a few years, industries are going to be scrambling to find welders.

“The average age of a welder today is 57,” Roy Kygar said Monday. “As those people retire, the demand for welders is going to be tremendous.”

A six-month welding course at Amarillo College’s Moore County Campus begins Aug. 24, and Kygar, with decades of experience in construction and industry maintenance management, plans to teach his students the welding basics that will make them marketable in what is becoming a high-demand field.

In a March 10 article, The New York Times reported that “once-faltering occupations are finding new life in Texas and the Gulf Coast region, where an industrial revival built around the energy boom continues to spawn petrochemical plants and miles of new pipeline despite the plunge in crude oil prices.”

“I’ve never seen anything like it,” said Jim Hanna in the Times article. Hanna is a 33-year industry veteran who is now senior director of human resources at the Fluor Corporation, an engineering and construction company that is building petrochemical plants for Dow Chemical, Chevron Phillips Chemical and Sasol. “For a long time, parents didn’t want their son or daughter to become a pipe fitter or welder, but now, the demand for noncollege graduates with vocational skills is huge.”

And Amarillo College is preparing them. The DEDC board of directors on Monday approved the purchase of two welders for the college. The welding program has 10 stations, but the college had only six welders. They borrowed four from the East Campus, and after returning them, it left them short. Grant money will let them buy two welders, and with the two the DEDC money will buy, the college will have the 10 welders they need. The welders cost $5,000 each.

“We have seven students currently enrolled in the program, but we’re confident other students will come in before the start date,” Kygar said.

DEDC’s contribution to the college’s welding program is in line with industry participation in the movement to meet a growing need for welders. The Times’ story also said, “Fluor and other construction-related companies regularly contribute money, advice and castoff equipment to the colleges. Exxon Mobil, for example has “pledged $1 million to a consortium of nine community colleges to prepare greater numbers of young people for the 21st-century work force and promote long-term growth.”

A training coordinator at Fluor confirmed Kygar’s prediction that there will soon be an even greater demand for welders.

“We’ve got a big gap,” Jennifer Taylor said in the Times article. “The old ones are retiring, and the new ones are just coming up.”

The Bureau of Labor statistics projects the number of welding jobs will jump 6 percent in the coming years, but the American Welding Society recently estimated the jump will be at least 10 percent over the next decade. The Times reported that Fluor alone plans to hire 7,000 craft workers over the next three years, including 600 welders, just for its construction projects in Texas and Louisiana.

“The students who graduate from Amarillo College’s welding course will be ready for those jobs,” Kygar said. So many of those companies will be looking for welders who have the foundation because they’re going to train them to weld the way they want. Our students are going to have the confidence and the knowledge to step right in there and go on with that industry training.”

For information about the welding program, call Amarillo College at 806-934-7220.

Man claiming to have killed 300 people arrested after threatening office...