Home NEWS About half of city’s garbage bins are rusted out, no money in... 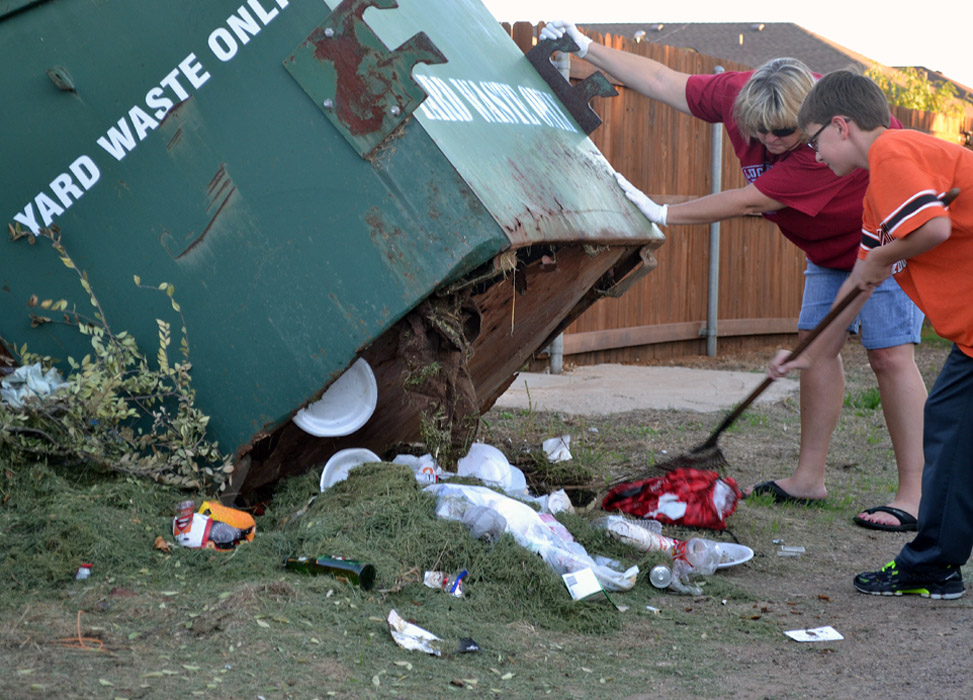 Above: Karen Rummel and her son, Trevor, clean up the trash left behind after city workers emptied the trash bin behind their house. The bottom of the bin is rusted out, and City Manager Arbie Taylor said it’s one of about 250 in that condition.

When Karen Rummel was going home from work recently, she passed her alley and saw mounds of trash near the trash bin behind her house. The wind was up that day, and she didn’t want the trash blowing into neighboring yards, so she and her son went out to clean it up.

“I couldn’t believe the city workers left so much trash when they emptied the bin,” Rummel said. “But when we started to clean it up we saw something else. The bottom of the bin was completely rusted out.”

When the sanitation workers lifted the bin to empty it into the truck, a large amount of trash fell out of the bottom because, basically, there was no bottom. Sections of it were gone and the rest was deteriorating from rust. And it’s not the only one in the city in that condition.

“There are probably about 250 dumpsters that are just as bad as that one,” Dumas City Manager Arbie Taylor said. “The guys are trying to weld bottoms on the damaged ones, but they can do only about five or six a week.”

The garbage bin replacements were cut out of this fiscal year’s budget, Taylor said, and there are no bins to replace the damaged ones. The city has about 540 bins. Taylor said residents should call the sanitation department at 806-935-6261. 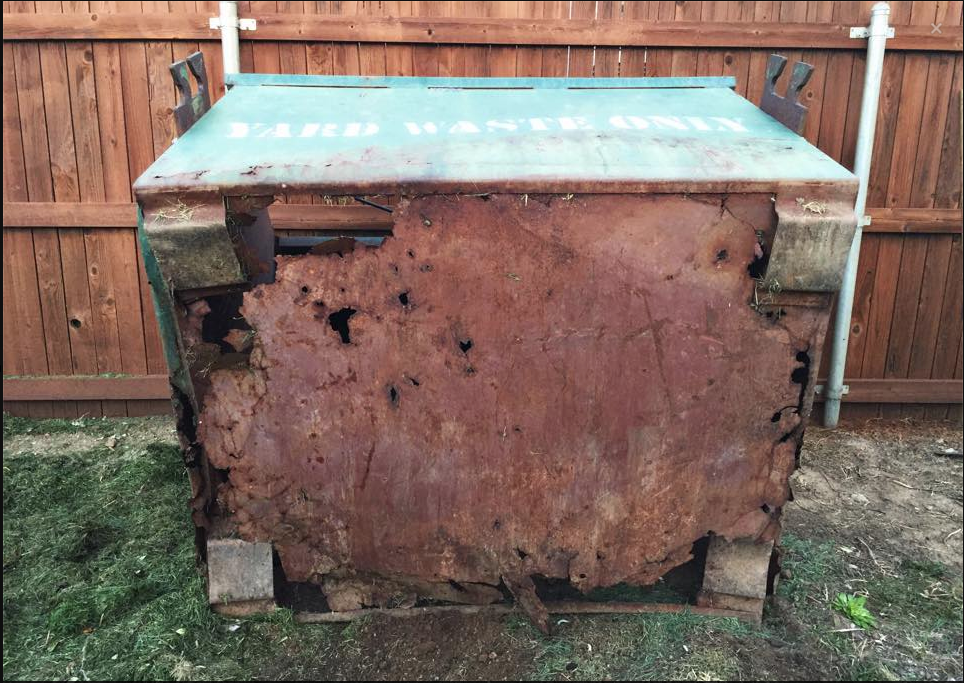