Home NEWS Sims: I listen to everyone about any problem 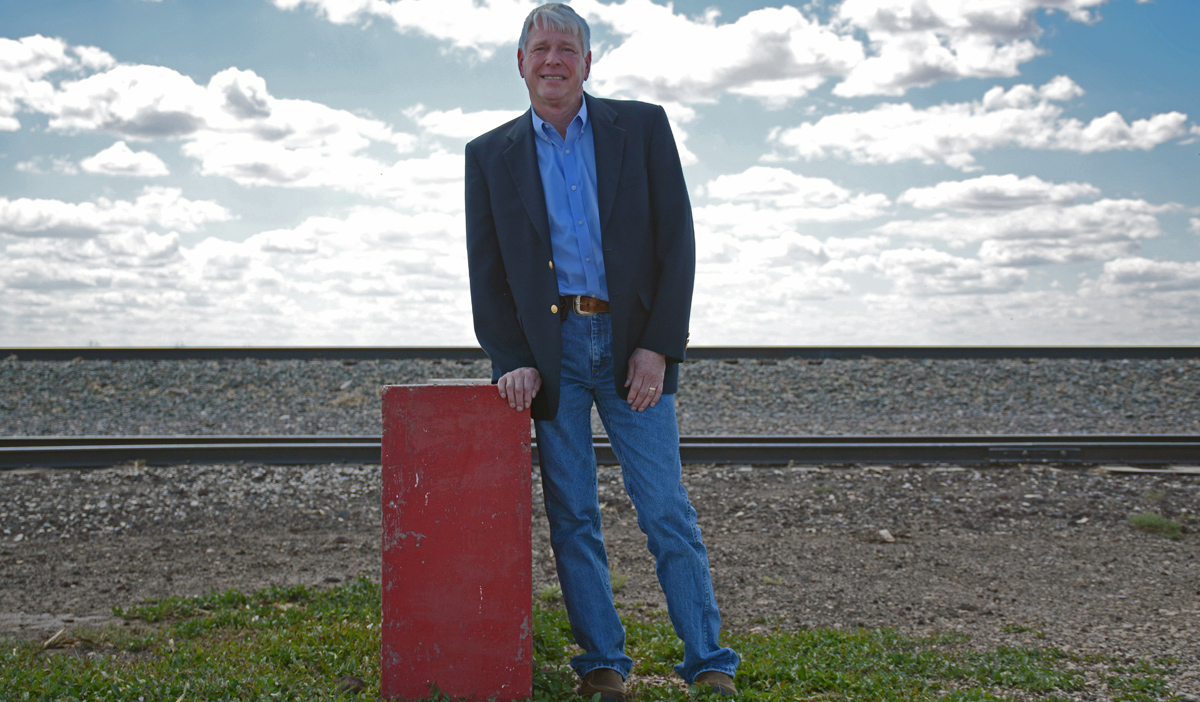 After serving two terms as mayor, Pat Sims is running for re-election, and on May 7, voters will decide if he serves another three years or if his challenger, Commissioner Steve Bodnar, will be the mayor. While all elections are important, this one has significance because the city’s financial health is barely out of intensive care, and there’s no reason for it. The Journal will publish reports up until the election that will include interviews with Bodnar and Sims about their specific plans for the city’s future. How would they build reserves? When are they going to stop using restricted funds to pay the bills? How would they balance needed growth with fiscal responsibility? And— why did they wait so long to raise taxes?

These are Sims’ answers to the first 10 questions from the Journal.

Moore County Journal: When did you first run for office, and what made you decide to do it?

Journal: How long have you been on the City Commission?

Journal: What are some of the issues the city has faced since you’ve been on the Commission and what was your role in addressing them?

Sims: Some of the issues are running out of room in the Type 1 Landfill, the wastewater plant was at capacity, the city water wells dropped in pumping volume, the drought of 2011 dropping the water table, infrastructure of the city needing repairs or upgrading and many more issues.

I try to keep replacing or upgrading our infrastructure as in water lines, gas lines, sewer lines, city streets and city equipment. As soon as the issues arise, I want to deal with them and move forward.

Journal: Why are you running for mayor again?

Dumas has given so much to our family, and I would like to give something back to this community. I believe I have gained the experience and leadership needed to represent and move Dumas forward into the future.

Journal: What do you think of the proposed event center?

Sims: I think it could be a great asset to our community. It could bring in events we don’t have now that would benefit our businesses. We have many local family get-togethers, reunions, weddings, showers and parties that they can’t find a place to have them. This event center would help take care of these needs. I think we need to have the hotel/motel tax money operate the event center and grants and donations to pay for it. For right now, the Chamber is looking into and studying the event center to see if it’s possible.

Journal: When did you realize the city was in a financial crisis, and what did you do to address it?

Sims: During the winter and spring of last year, I saw utility revenues down because of a warmer winter than normal and a wetter spring than normal, which means natural gas sales and water sales were down. Water sales were down 60 percent of normal sales, which was making it hard to make the city’s debt payments. We borrowed money to make the debt payments, cut the budget as much as we could and just spent what money we needed to.

As of now, we have paid the borrowed money back, and we are billing a balance to cover all debt payments. We had to raise base rates on utilities to make our revenues stable because water and gas sales can be so unstable.

Journal: As mayor, what would you do to get the city back on its feet financially?

Sims: First we need to watch spending closely, work to make the city as efficient as possible and growing the tax base by brining new homes and businesses to Dumas.

Journal: Does the city need a fire department with so many paid fire fighters?

What are some of the biggest problems facing the city?

Sims: We need to make sure we have enough money in reserve to operate the city and be able to make repairs and upgrades without having to borrow money for the major ones. We need to retain our employees and hire new ones as needed. We need to get our main street repaired and help our businesses deal with the future relief route.

Journal: What qualities do you have that would make you a good mayor?

Sims: I listen to everyone about any problem. I want to make Dumas the greatest place to live. I have experience as a commissioner and mayor to do the job. I invite input from citizens to help solve problems and make Dumas better. I live here and intend to stay here.