Home NEWS Age of utilities under Dumas Avenue could clinch who pays $2.5 million... 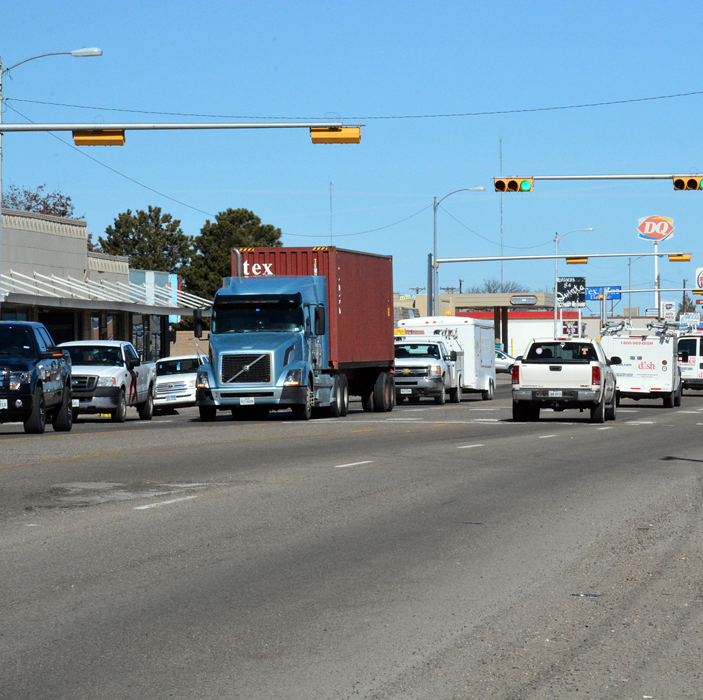 Above: The city of Dumas is trying to prove utilities were in place under Dumas Avenue when TxDOT took possession of it in 1932. So far, they haven’t.

Who would have thought that a transaction made almost 84 years ago would put the city of Dumas in a predicament it’s not sure how to resolve.

Many people aren’t aware that Dumas Avenue is a TxDOT road and is responsible for its maintenance, and the state has circled 2018 on their calendar as the year they will likely replace the street’s asphalt with concrete. So far so good. But there are utilities under Dumas Avenue, and unless the city of Dumas can prove those utilities were in place when TxDOT took possession of the road on June 29, 1932, Dumas will have to pay to move them before concrete work begins. To date, TxDOT says Dumas hasn’t proven it.

City Manager Arbie Taylor told the city commissioners Monday that he and the city’s engineer, Dwight Brandt, met with TxDOT’s Director of Transportation and Development Gus Khankarli recently, and Khankarli told them he’s not convinced the evidence the city supplied to the state proves the utilities were in place in 1932. The city doesn’t have any engineering plans, drawings or maps that show when the utilities were placed under Dumas Avenue. Taylor said that over the years, as the city’s engineers sold their firms to other firms, the plans went with them and finally disappeared. Now, Dumas has to find a way to prove the utilities were in place in 1932, or they might have to pony up as much as $2.5 million to move the utilities.

“If TxDOT says the city is responsible for moving the utilities, I won’t recommend the city borrow money to do that,” Taylor said. “I’ve asked TxDOT what happens if we don’t come up with the money, and I haven’t gotten an answer to that question.”

Taylor suggested the city put the word out to citizens who might have pictures of Dumas Avenue in the early 1930s or before, anything that might show the utilities were in place.

“Even stories about what was there on Dumas Avenue in those years would help,” Taylor said. “Maybe people could tell us what stores were there. Anything would help.”

The stretch of Dumas Avenue in dispute stretches from 1st Street to 14th Street, and Taylor said most of the utilities would be moved to under the sidewalks.