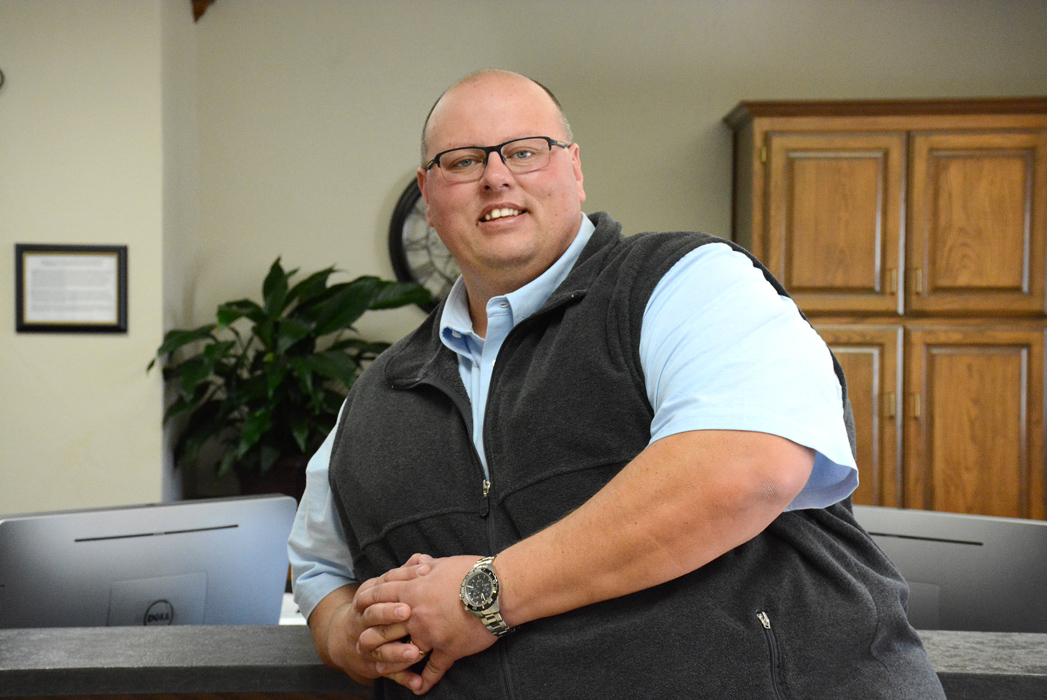 Above: Rob Roach brings a background of law enforcement, city management and consulting services to his job as Sunray’s city manager.

It’s not enough that strong leaders have an understanding of how their organizations operate, they often have to jump in and do the many jobs that keep the balls in the air. Looking at Sunray’s new city manager’s resume, it appears he has that ability.

Rob Roach brings with him years of experience as a police patrol officer, police chief, city management and consulting cities on strategic planning, and when he began work as Sunray’s city manager Feb. 15, he unpacked that knowledge and set out to lead.

“When I interviewed for the position, I saw a well-trained, tenured staff full of knowledge,” Roach said. “To be effective and provide services to the community, we have to know how to do many of the jobs that keep the city running, and I saw a staff that can do that. I was impressed, and I’d put our core department heads against anyone in the state.”

Roach’s broad experiences began in 1993 when he took a job in Deaf Smith County as a juvenile probation officer. He moved to the Hereford Police Department as a patrol officer and then moved to Panhandle to work in the same position. In 2002 he moved into the police chief’s position in Panhandle and followed that in 2007 as the city manager. But there was still something else he wanted to do.

“Most cities fail to flourish when they don’t follow their visions and missions and fail to incorporate strategic planning, Roach said. “So I wanted to develop a company with a couple of other people to go into small cities and do consulting. My mother-in-law said you shouldn’t end you life with any regrets, and this was a job I wanted to do.”

The economy, though, had other ideas. When oil prices dropped, lenders adopted stringent loan practices, creating difficult situations for cities — and their consultants. But Sunray needed a city manager, and Roach was looking for a job as one after the economy dealt his consulting business a blow. Their merger lead to Roach’s immediate assessment of Sunray’s needs, and he’s looking at how best to meet the city’s medical needs by developing a plan to structure EMS services and coordinate them with the Moore County Hospital District. He plans to organize public forums in the next 30 to 60 days to talk with Sunray’s citizens about the future of the city’s EMS services.

Then there’s the job of looking for a police chief. Jason Collier resigned Jan. 17, three months after he took the chief’s position, and he was the third chief the city has had in three years.

“We’ll always have work to do to make sure the city operates well,” Roach said. “That’s true of any city, but Sunray has the leadership to do that. We’ll get the right chief in place.”

Sunray still mourns for Greg Smith, their city manager who died Oct. 24, but they’re moving on.

“Expectations are high, but I want to build on the foundation that Greg established,” Roach said.